Object of the Month: Two leaves are part of a sixteenth-century book of hours of the Flemish School 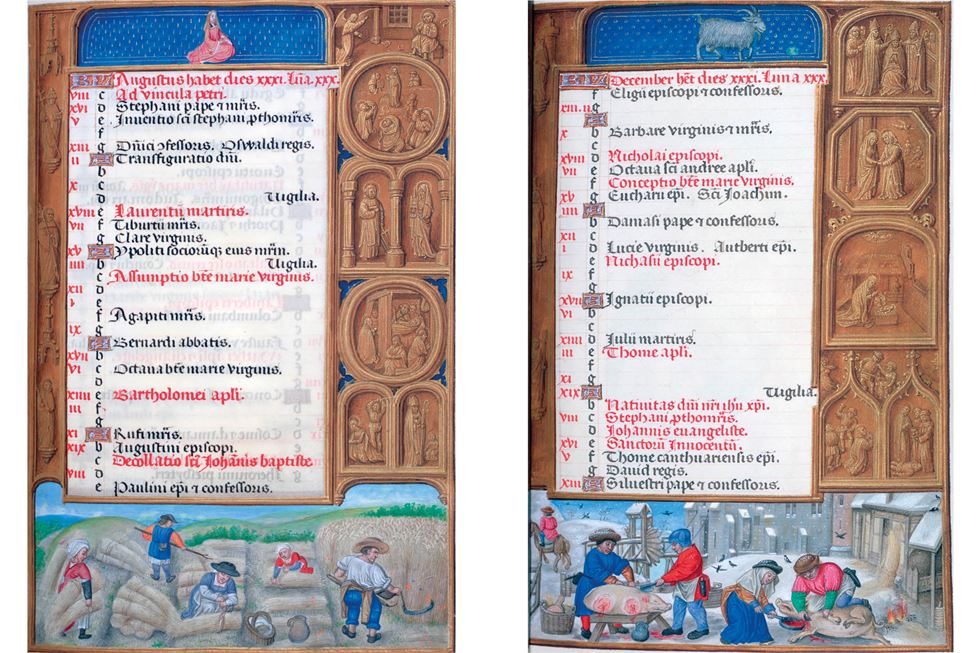 My name is Sue Palmer and I am the Archivist and Head of Library Services at Sir John Soane’s Museum in London. These two leaves are part of a sixteenth-century book of hours of the Flemish School.

Working with a collection as eclectic and wide-ranging as that of Sir John Soane (1753-1837) it is almost impossible to select a single favourite object, but this is one which particularly resonates with me.

A small volume (measuring 209 x 142 mm) with a red velvet binding with decorative metal corners, this was intended as an aid to private devotion and contains, written in gothic script in Latin, the main prayers to be said by the faithful organised according to the liturgical structure of each day’s offices – the Hours of the Cross, the Hours of the Holy Spirit, the Hours of the Virgin and the Penitential Psalms, illustrated by no less than 78 exquisitely painted miniatures.

Part of the appeal for me is the intensely personal nature of the object, though sadly we do not know the identity of the original patron. It is thought to have been produced in Ghent or Bruges and research into the pilgrims’ badges depicted in several of the borders indicates a date after 1512. It was purchased by Sir John Soane from the first Duke of Buckingham and Chandos (one of his clients, who was then in severe financial difficulty) in September 1833, together with two other manuscripts, for the princely sum of £735.

This manuscript is celebrated for its careful planning and composition and for the quality and range of the illuminations. What particularly appeals to me, however, is the twelve-month perpetual calendar that precedes the offices. Each month is illustrated by the relevant sign of the zodiac, the number of days in the month is given and the dates of significant anniversaries and feast days. Beneath this is an illustration of the farm or household tasks most typical of that month – a reminder of just how much daily life was governed by the rhythm of the seasons.

Illustrated above are the pages for two months – August and December. In August we see men and women harvesting. Their refreshment is at hand in the basket and jug in the foreground and poppies and other wild flowers are visible in the standing crop. In December we see the slaughter of pigs to provide meat for the rest of the winter, the blood showing up vividly against the snow on the ground.

This volume is not on permanent display at the Museum but you can scroll through all the images by clicking on this link, and I hope you will also visit us, when it is possible to do so again, to see the many other wonderful objects in Soane’s collection.
share: