OBJECT OF THE MONTH: DAYDREAMING ABOUT ICE-FISHING 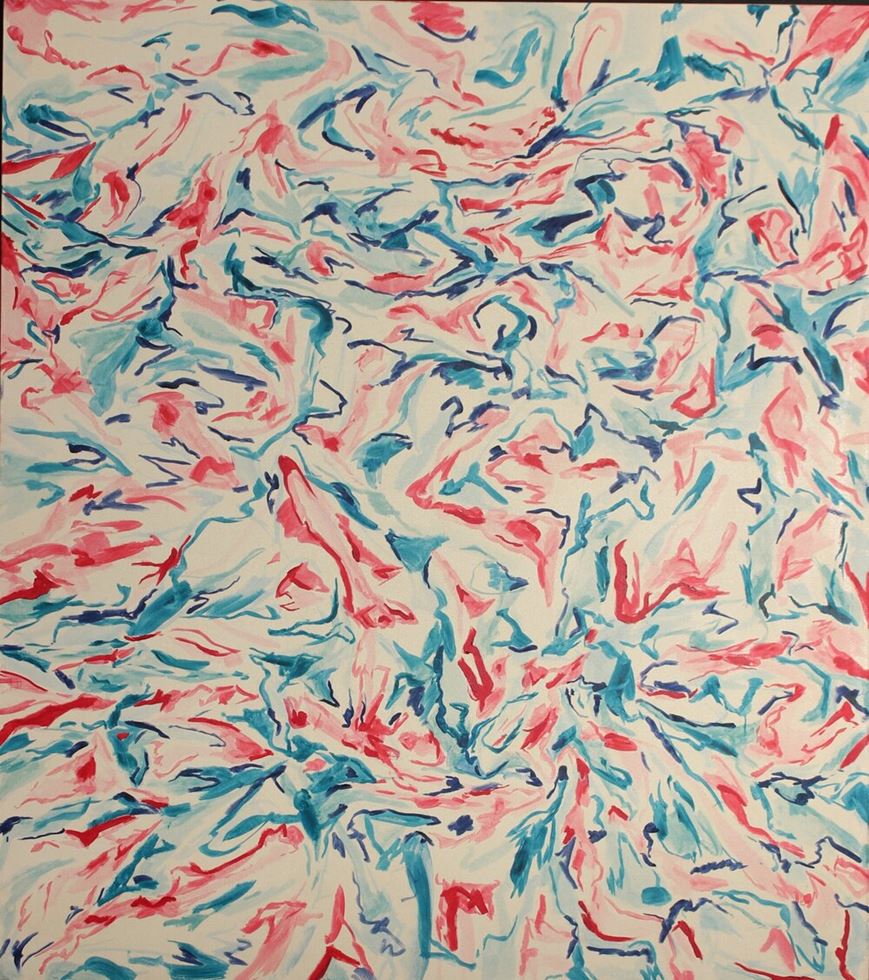 Darcie Bernhardt’s Daydreaming about ice fishing is a piece whose colour and composition are truly transporting. The abstracted colours are a reminder of not only the dimensional colour and light held in ice and snow, but the crisp lines and patterning remind one of the sounds of stepping across a crunching, frozen surface. Darcy brings a unique perspective to our relationship to landscape and colour. Her practice counties to push me to evolve my own relationship to memory when standing in front of her stunning compositions.
Darcie Bernhardt (b. 1993, Inuvik, Northwest Territories) is an emerging visual artist and curator from the Northwest Territories currently based in Halifax. Raised on the Arctic Ocean, Bernhardt was brought up by a seamstress mother and in the company of elders who surrounded her with colour, line, and pattern. She was always pushed to think about how colour interacts and makes its own space.

Amidst her more abstract imagery, Bernhardt maintains a narrative element in her titles. With Daydreaming about Ice-Fishing, “I was thinking about the colour palette of the ice-fishing hooks I would use all the time,” she says, reflecting on the process of imagining the work.

After colour, Bernhardt follows line. Having switched her university focus from drawing to painting, she says she’s getting closer to what she wants to articulate. She also cites artist influences through her work, including the late, beloved Inuk artist, Annie Pootoogook, saying of Pootoogook, “she’s someone you kind of grow up with.” Pootoogook is renowned for unabashedly depicting the realities of life in the North and Bernhardt has quickly established a conceptual framework for her practice that continues to expand the dialogue around contemporary Inuit art.

Bernhardt graduated from NSCAD University in 2019, and also earned a Fine Arts Certificate from the School of Visual Arts at Yukon College in 2013. Her artistic practice primarily focuses on oil painting and drawing various domestic spaces, memories, and contemporary life in northern communities. Her work has been exhibited at various venues in Canada, including a solo presentation with the Inuit Art Foundation at Art Toronto. She has exhibited at the Art Gallery of Nova Scotia, the Anna Leonowens Gallery and NSCAD University, Halifax. 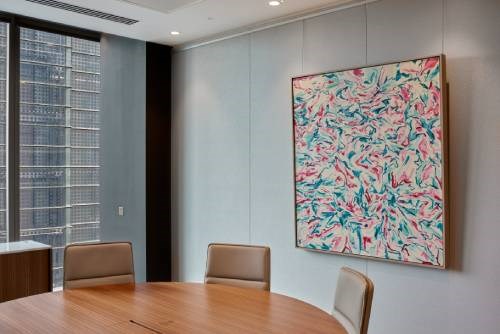