Object of the Month: The Cheapside Hoard 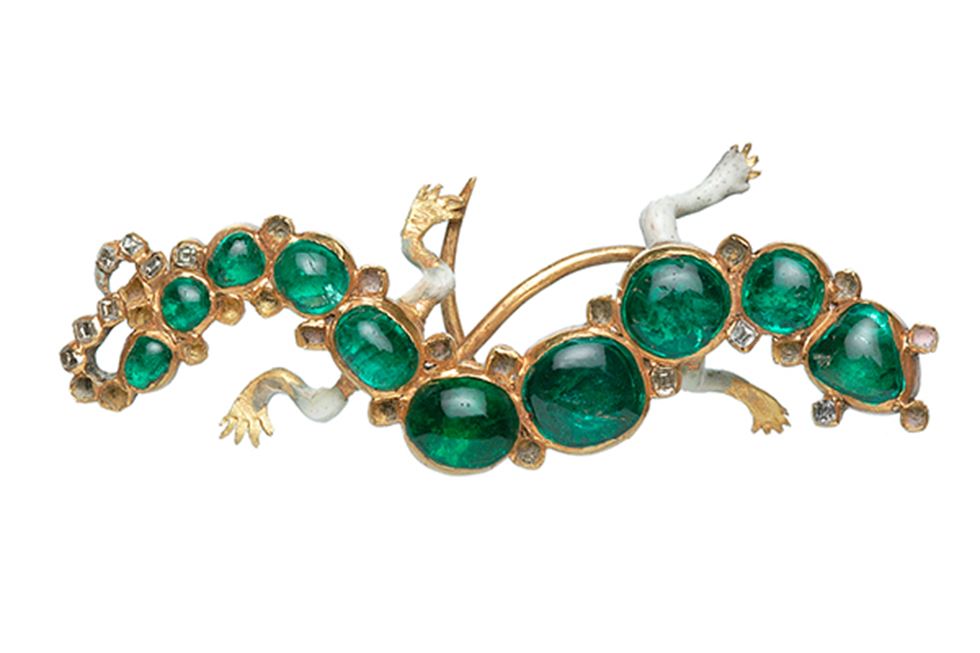 For almost 300 years a buried treasure lay undisturbed below the cellar of a 17th century building in Cheapside, one of London’s busiest streets.  No one knew it was there until workmen excavated the cellar in 1912, and saw something glinting below. They had uncovered what is now known and celebrated as The Cheapside Hoard the greatest cache of Elizabethan and early Stuart jewellery in the world and one of the most remarkable and spectacular finds ever recovered from British soil.

Representing the stock-in-trade of a goldsmith-jeweller which was hidden at the onset of the English Civil Wars, the Hoard contains an astonishing array of almost 500 gemstones, jewels and precious objects from many parts of the world.  There is an exquisite gold watch set in a massive emerald from Colombia; sapphires, spinels, diamonds and rubies from India and Sri Lanka; nephrite jade from China, turquoise from Persia, glistening pearls and opals and an important group of antique gems; including the head of a Ptolemaic queen carved in Egypt in the 2nd-1st century BC.

Blown like thistledown from one piece to another I am quite unable to settle on a favourite item as each piece is a marvel of nature, beauty, craftsmanship and ingenuity. Each piece has a complex story to tell but the enamelled gold salamander jewel, combining stones from the Old and New Worlds (emeralds from Colombia and diamonds from India or Borneo), is a particularly fitting symbol for the collection as it highlights the international dimensions of the goldsmiths’ trade.

I am delighted that the Hoard will have a dedicated gallery in the new Museum of London (opening in West Smithfield in 2025) and will be shown alongside treasures from the Worshipful Company of Goldsmiths’ collection. Visitors will discover multiple, interwoven, life-stories behind every gemstone, jewel and piece of goldsmiths’ work and will see that London’s goldsmith-jewellers had a pre-eminent role in the international gem and jewellery trade: a legacy which remains important to the economy, cultural diversity and skills base of the capital today.