Masterpiece Awards are awarded to those exhibits and stands that are judged to be outstanding - perhaps undiscovered, rare, provenanced, and of beauty. There are four types of award:

- Outstanding Display rewards excellence and innovation that demonstrate an imaginative approach to the combination of design and superb works of art.
- Outstanding Exhibit is awarded to six works of art that are judged to be outstanding.
- The Philip Hewat-Jaboor Award recognises an extraordinary and outstanding work of art that presents a new discovery or a rediscovery, or a fresh perspective at looking at something familiar.
- Masterpiece Highlights: each of our specialist vetting committees have the opportunity to nominate the object that best reflects scholarship, rarity and connoisseurship in their category.

Geoffrey Diner Gallery | Stand 203
A masterly display of modern design, with a fine feel for how post-war furniture makes its claim for museum display but also a sensitivity to domestic display – with witty visual connections between forms, materials and types of object. Piano Nobile | Stand 204
Paula Rego (1935-2022), Island of the Lights from Pinocchio, 1996 – An outstanding drawing from a major series by one of the greatest and most original of all post-war artists. 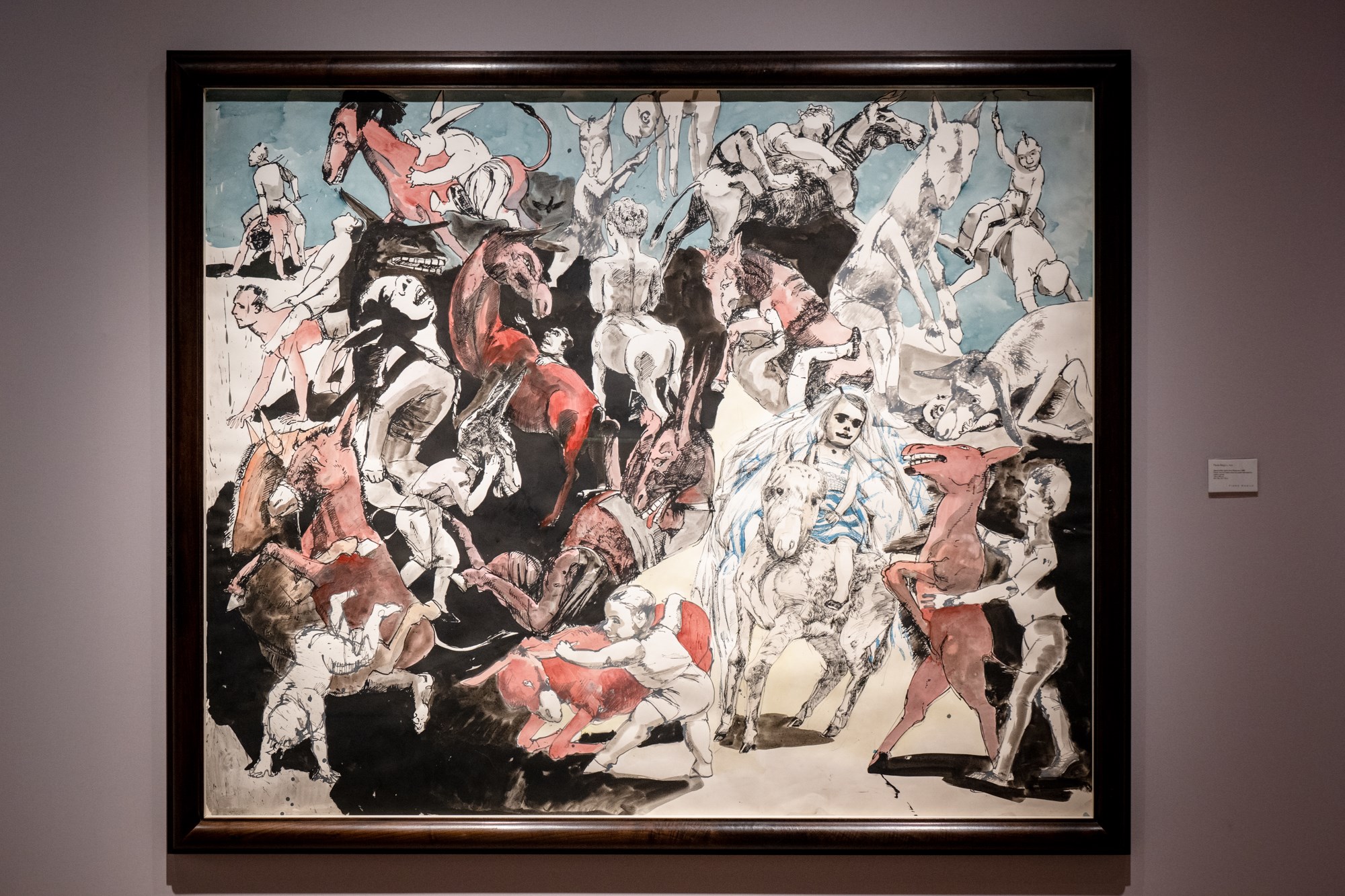 Perrin Fine Art | Stand 311
Oscar Bergman (1879-1963), Swedish School, Edge of a Wood carpeted with flowers, 1925 – The awards committee was mesmerised by these enigmatic, gem-like watercolours of Swedish landscapes by an artist who clearly deserves to be far better known outside his homeland. Adrian Sassoon | Stand 409
A soft-paste Vincennes porcelain Ewer, 1755, painted by Armand L’aîné and given in 1756 by Madame de Pompadour to the Elector of Cologne – An elegant porcelain ewer with beautiful bird paintings and a fascinating connection to Madame de Pompadour E & H Manners | Stand 417
An English Delf Dish Brislington “The Alomode Dress, or The Maidens mode Admir’d”- A rare example of English pottery with a satirical subject – of immense historical interest but also immediately eye-catching, as though Grayson Perry had painted the dish at the start of the 18th century. Patrick & Ondine Mestdagh | Stand 613
Two rare two-fold screens, one depicting the military headquarters map; the other the front of military formation, Japan Edo Period, 19th century – These beguiling maps are extremely unusual but the committee was drawn not only to their historical mystery but to the clarity of the design, reminiscent of concrete poetry but from a very different tradition. Edward Hurst | Stand 404
A pair of George II Coade Stone Thrones, designed by Thomas Hope (1768-1831), produced by Coade in 1800 – Perfectly fitting to the theme of discovery, being recently discovered, important works. Particularly fitting for the award given Philip Hewat-Jaboor’s expertise and love of Thomas Hope. E & H Manners | Stand 417
A Sèvres Plaque Jacquoto with a portrait after Holbein of Anne of Cleves, Marie-Victorie Jaquotot (1772-1855)