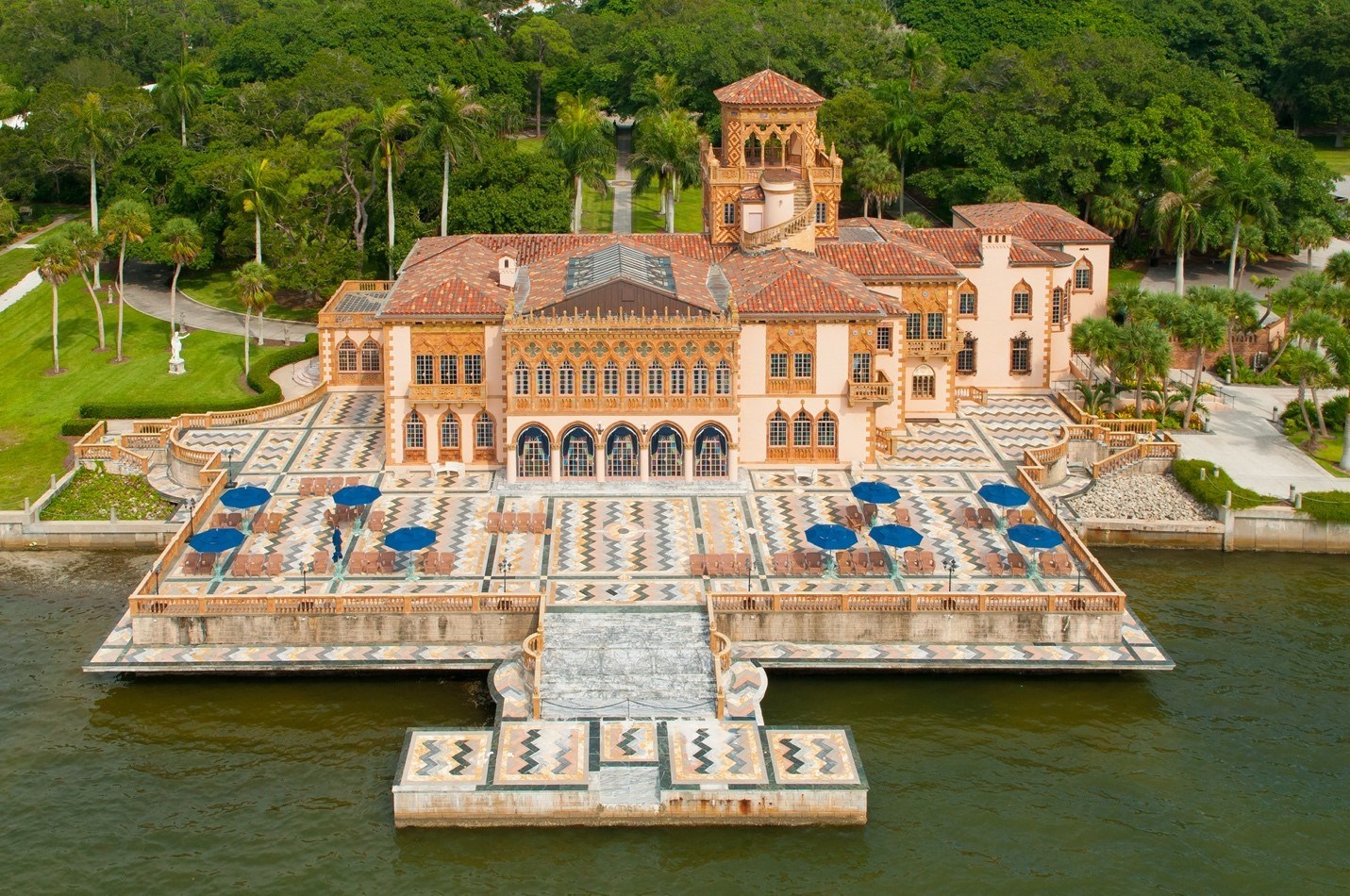 In the mid 1920s, a mansion in the Mediterranean Revival style arose at a bayfront along Florida’s west coast. Neighbours on sailing boats caught glimpses of polychrome windowpanes, stucco archways trimmed with terracotta, and marble paving stones zigzagging across the terrace. The owners, the circus tycoon John Ringling and his wife Mable, had hired the New York-based architect Dwight James Baum to import Venetian gothic design to the shores of Sarasota. Mable showed Baum her voluminous collection of drawings, photos, and books related to European buildings – one local newspaper described her in 1925 as ‘probably one of the best read in architecture and landscape gardening of any women in the country’. 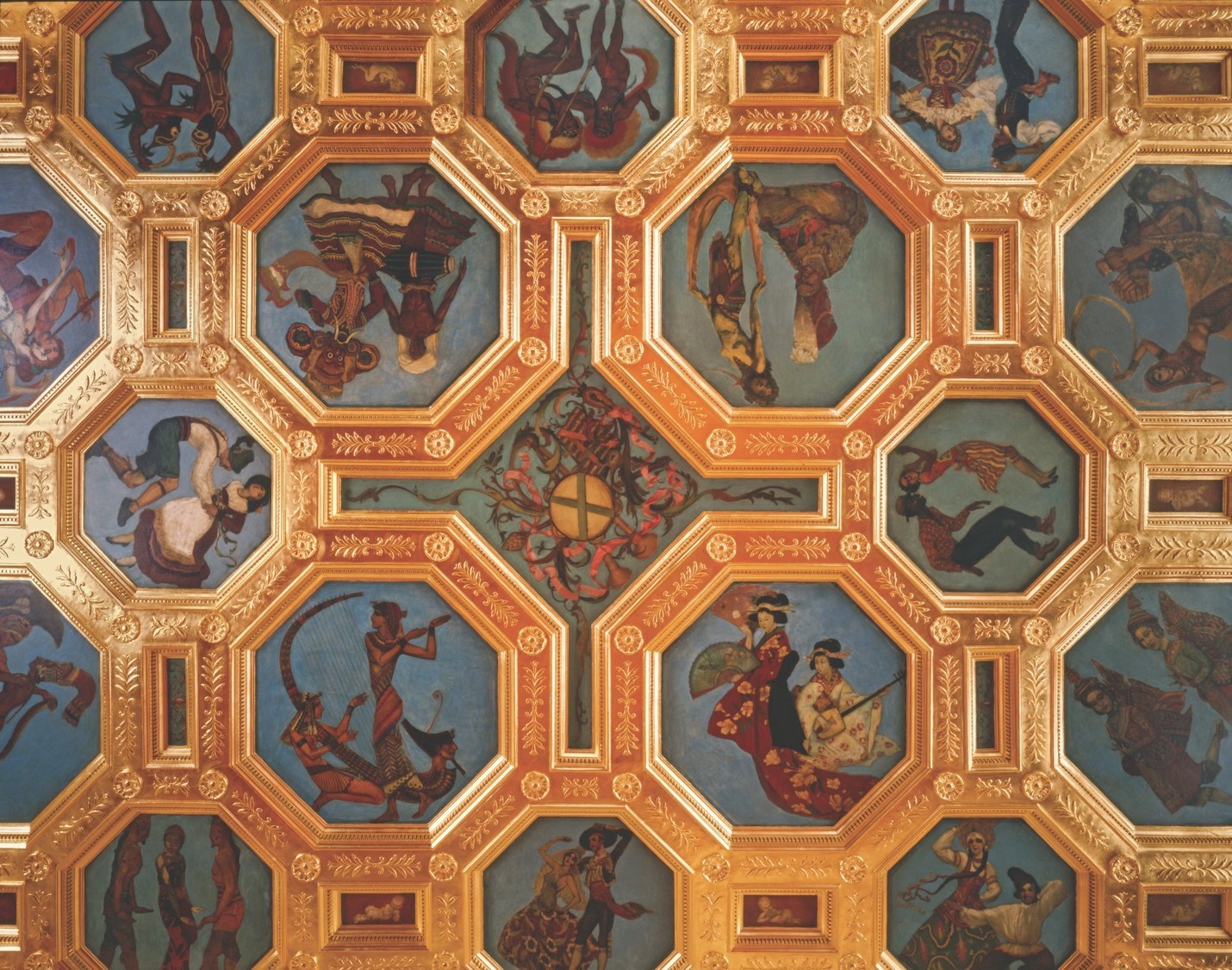 The Ringlings furnished their winter home in consultation with art and antiques dealers including Joseph Duveen. They called it Ca’ d’Zan – the House of John, in Venetian dialect (Zan is a patois version of Giovanni). The Hungarian-born illustrator and set designer Willy Pogany painted ceiling murals of Venetian carnival-goers and dancers from around the world. The richly veneered furniture in the master bedroom has ormolu motifs – Empire revival winged figures for John, rococo revival monkeys and putti for Mable – and the master bathrooms are lined in planes of striated marble. 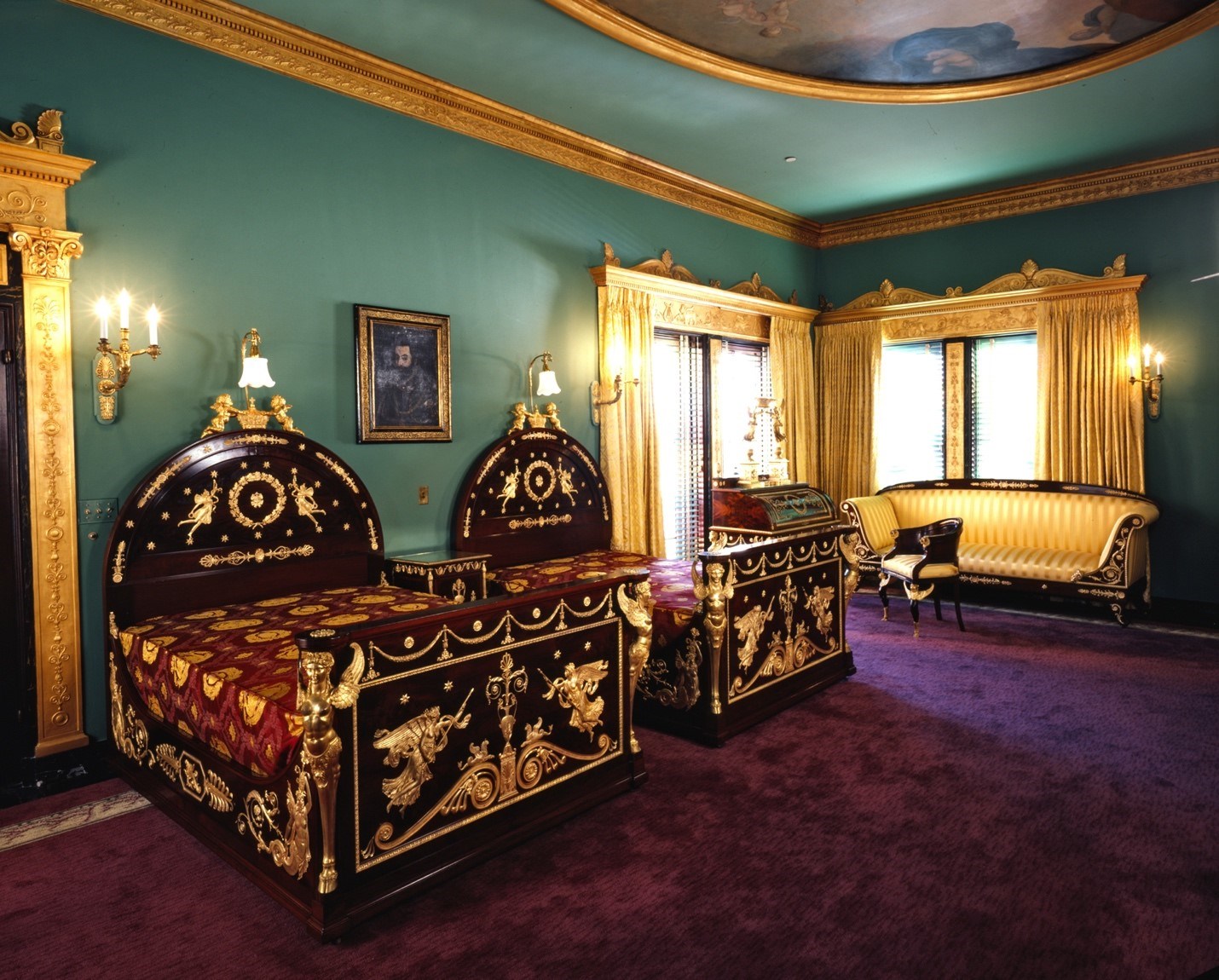 ‘Every revivalist style you can imagine is in this house – it’s a maximalist statement,’ says Marissa Hershon, the curator of Ca’ d’Zan and decorative arts. After finishing the house in 1926, the couple focused on building an adjacent museum and the mansion now backs on to the 66-acre campus of the John & Mable Ringling Museum of Art. The project’s architect, John H. Phillips, was known for employing neoclassical and Tudor vocabularies for his clients (who included members of the Whitney family). He designed the museum in the style of an Italian Renaissance palace. The museum’s holdings soon spanned the ancient, medieval, Renaissance, baroque, and Enlightenment periods. The Ringlings bought in sprees, and hundreds of guests came to see the results. 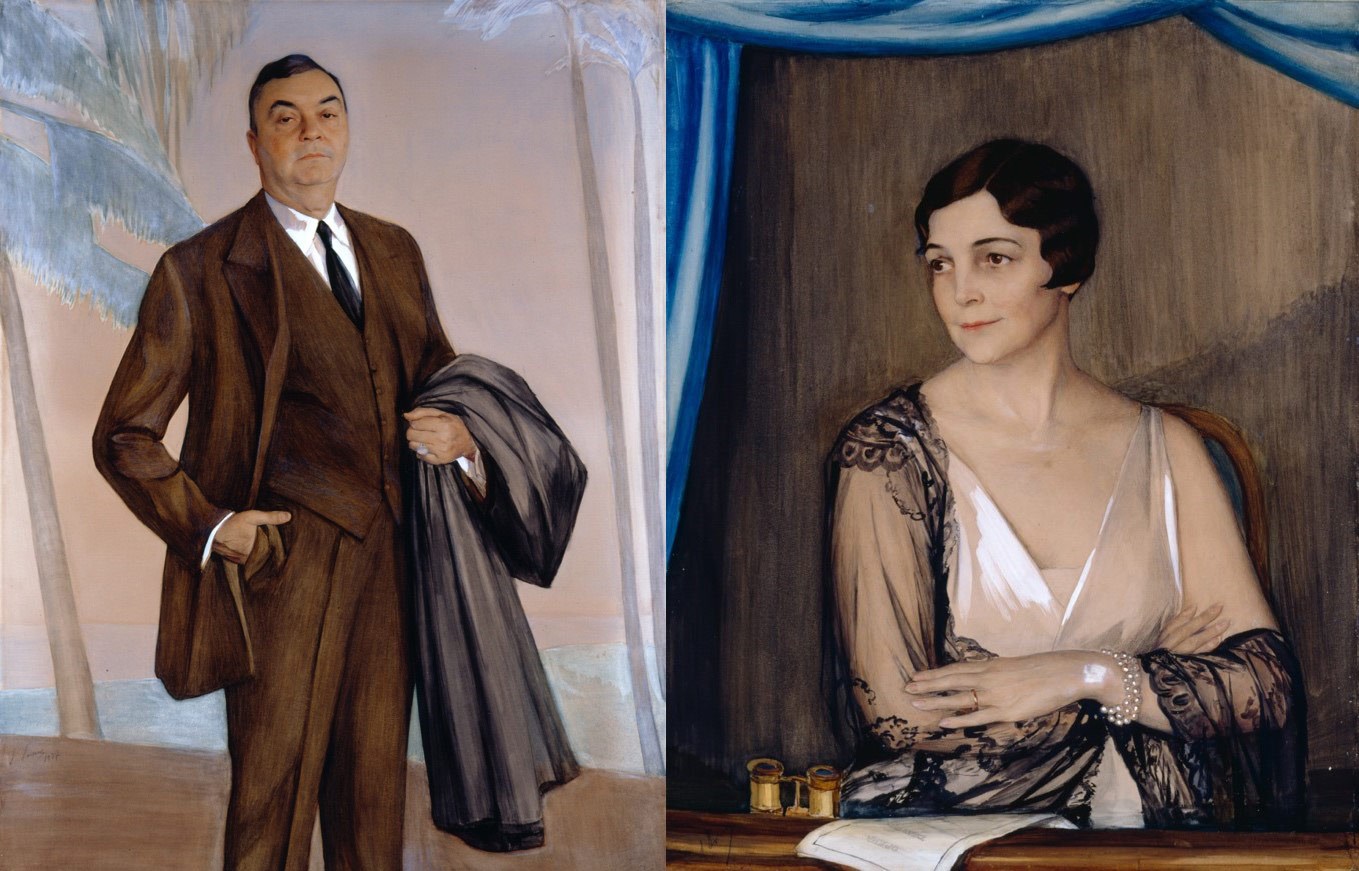 John and Mable Ringling were both from humble Midwestern backgrounds; her family farmed in Ohio, and his father, a German immigrant, ran a harness-making shop in Iowa. They married in 1905, a decade or so after John and his brothers had adapted their blockbuster circus shows for nationwide travel. His investments eventually extended into real estate, railroads, banks, and oil wells. He was especially philanthropic in Sarasota (the circus’s winter quarters), and the museum was intended to encourage the local arts community. But he did not tend to brag about his generosity: ‘He answers questions as economically as possible,’ one frustrated reporter noted in 1929. 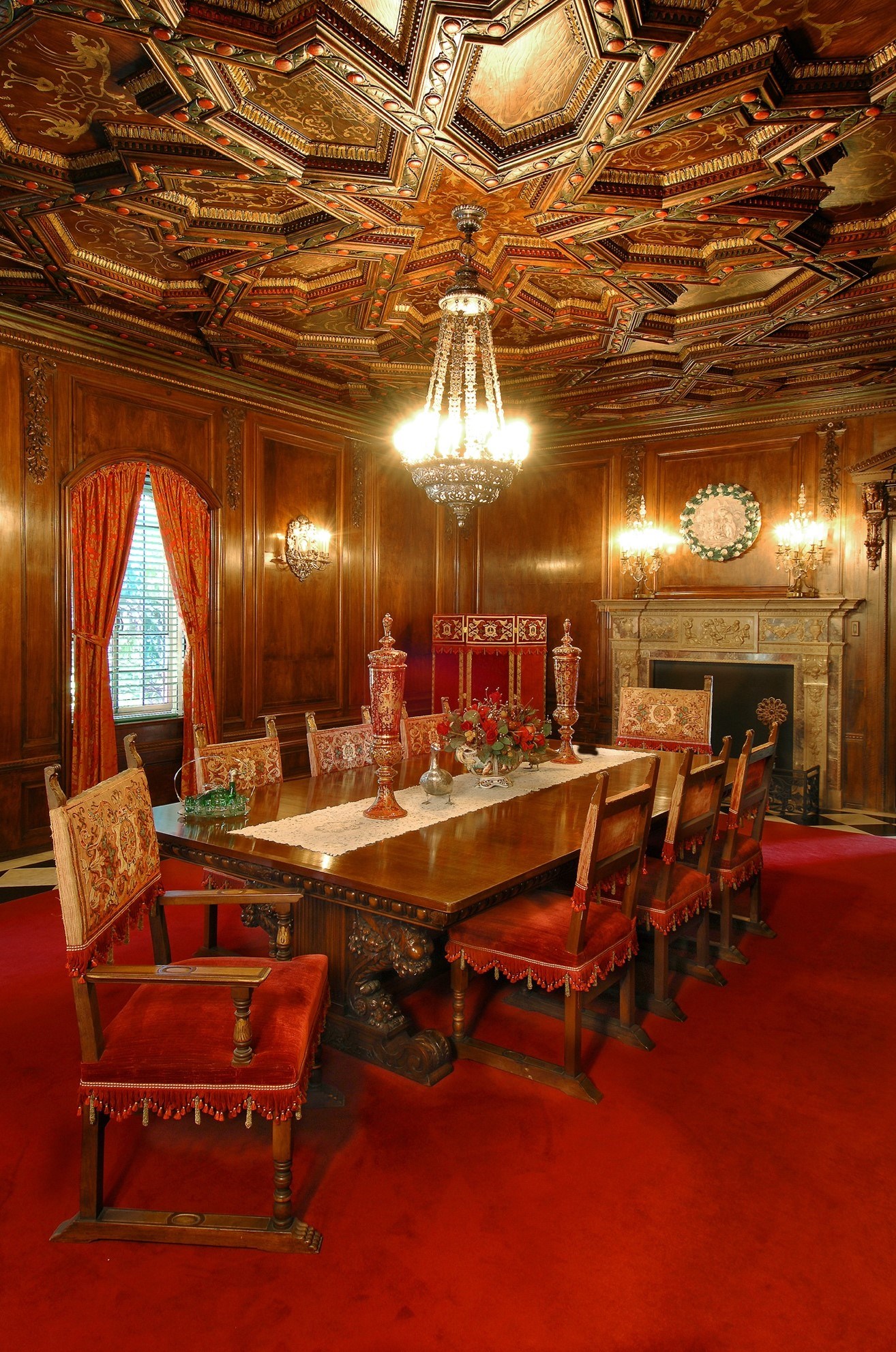 The laconic businessman and his wife often opted for purchases that had passed through the hands of aristocrats and Gilded Age industrialists. They owned, for instance, paintings by Rubens from the 1620s, part of a Triumph of the Eucharist series, that had been commissioned for the Spanish Infanta Isabella Clara Eugenia. Needlepoint-upholstered armchairs and gilt-trimmed Louis XV-style panelling were salvaged from an Astor mansion in Manhattan. Objets d’art, including ancient carnelian intaglios and rock-crystal watches made in 17th-century France, had belonged to Alva Vanderbilt Belmont and the Parisian aesthete Émile Gavet. Thousands of Cypriot and Roman archaeological finds – limestone sculptures, glass alabastra for perfumed oils – came to the Ringlings from the Metropolitan Museum of Art. 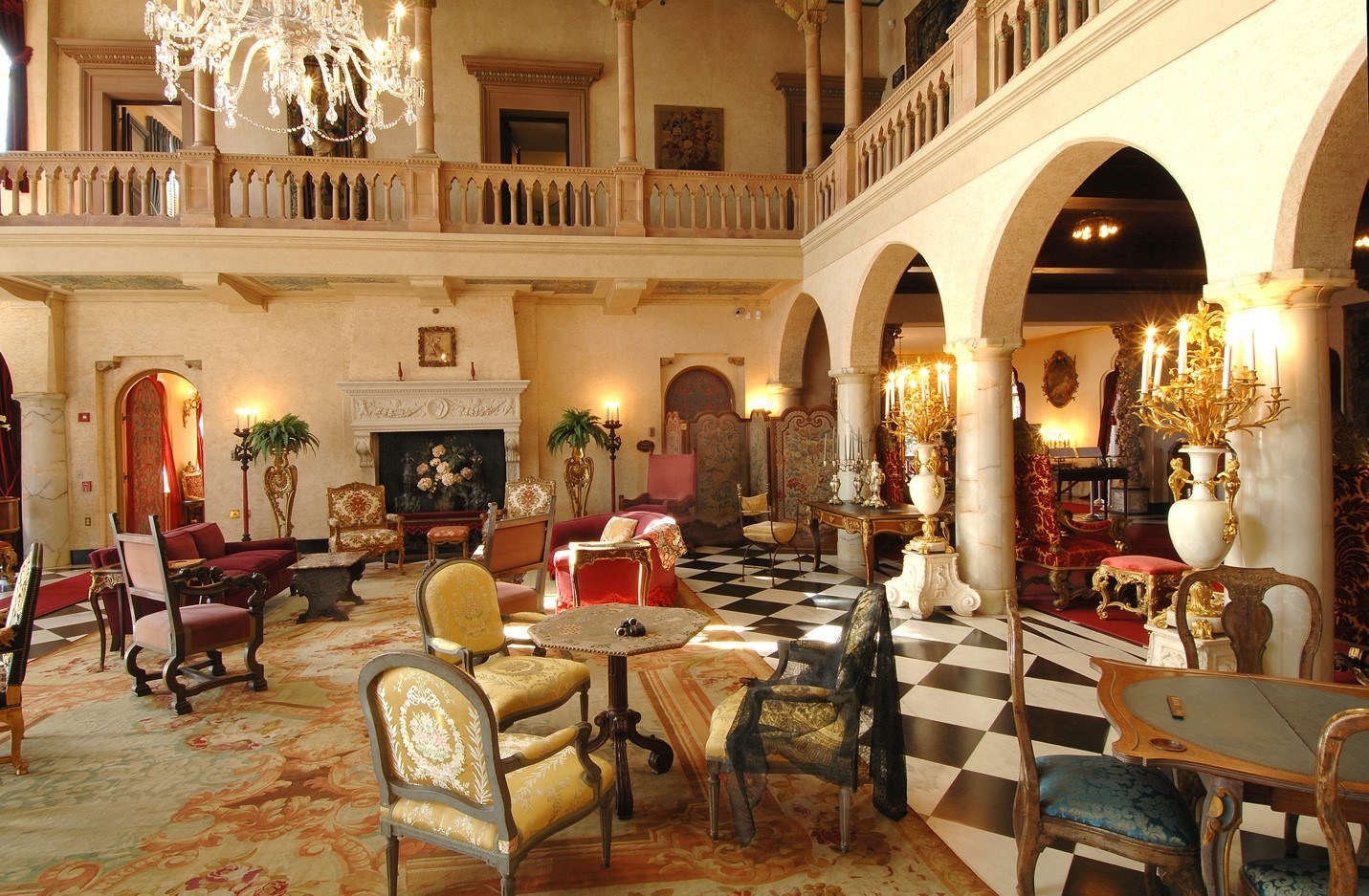 The couple had eclectic tastes in textiles, too. They draped fringed chasubles over the Ca’ d’Zan’s mezzanine balustrade and hung Flemish tapestries from the 17th century on walls to conceal the mechanisms of an Aeolian organ with thousands of pipes. Classical and popular music were played during the Ringlings’ parties. The organ’s orchestral sound, Hershon says, amounted to ‘the heart of the home’. 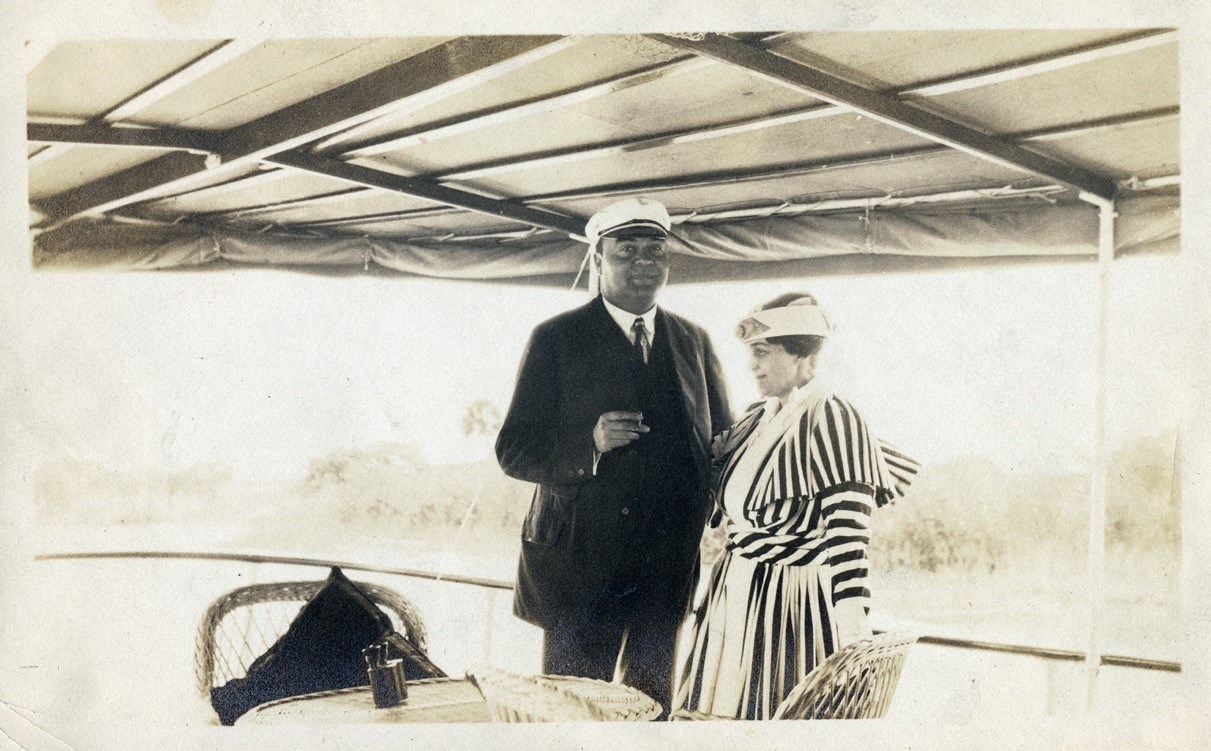 The couple spent a few idyllic seasons by the bay. They rubbed shoulders with intellectuals such as the art dealer Julius Böhler, politicians such as Jimmy Walker, the mayor of New York, and personalities such as the show-business impresario Florenz Ziegfeld and his actress wife Billie Burke. At the terrace’s dock, visitors could choose between boarding Mable’s Venetian gondola or John’s steel-hulled yacht, christened the Zalophus (after the scientific name for sealions).

In summer 1929, Mable died from complications of diabetes and Addison’s disease. The Zalophus sank a few months later, not far from Sarasota’s coast. John remarried, briefly and disastrously and, once the Great Depression took hold, lost much of his fortune. After his death in 1936, relatives and creditors wrangled for a decade over his bequests. The subtropical climate meanwhile took its toll on Phillips’ largely shuttered museum structure and Baum’s Ca’ d’Zan.

Once the estate was settled, Florida’s state government took over the property in 1946. Over the years, the institution’s leaders preserved Ca’ d’Zan while adding new buildings and wings for displays including circus artefacts and contemporary art. Florida State University, the museum’s steward since 2000, has supported further expansions and preservation work on campus.

Restoration is ongoing at Ca’ d’Zan; one major fundraising campaign currently underway (about $1 million is needed) will be used to reactivate the Aeolian organ. The furnishings, Hershon explains, offer a host of possibilities for further scholarship. Baum and Pogany, among other contributors to the mansion’s design, have not yet been the subject of in-depth exhibitions and publications. Aspects of Mable Ringling’s life remain obscure as well. How did the Ohio farmgirl first meet the circus entrepreneur? And what inspired her aesthetic choices – of all the flatware available on her budget, for instance, what drew her to Tiffany & Co.’s ‘Persian’ pattern designed by Edward C. Moore in the 1870s? A few years ago, a donation arrived of navigational instruments, salvaged from the wreck of the Zalophus: a brass compass and binnacle and a wood and brass steering wheel. No one knows how much more evidence of the Ringlings’ luxurious adventures lies submerged, just beyond the herringbone-pattern terrace where celebrities gathered to embark on offshore excursions.