Hillwood | House Museums and their Collections 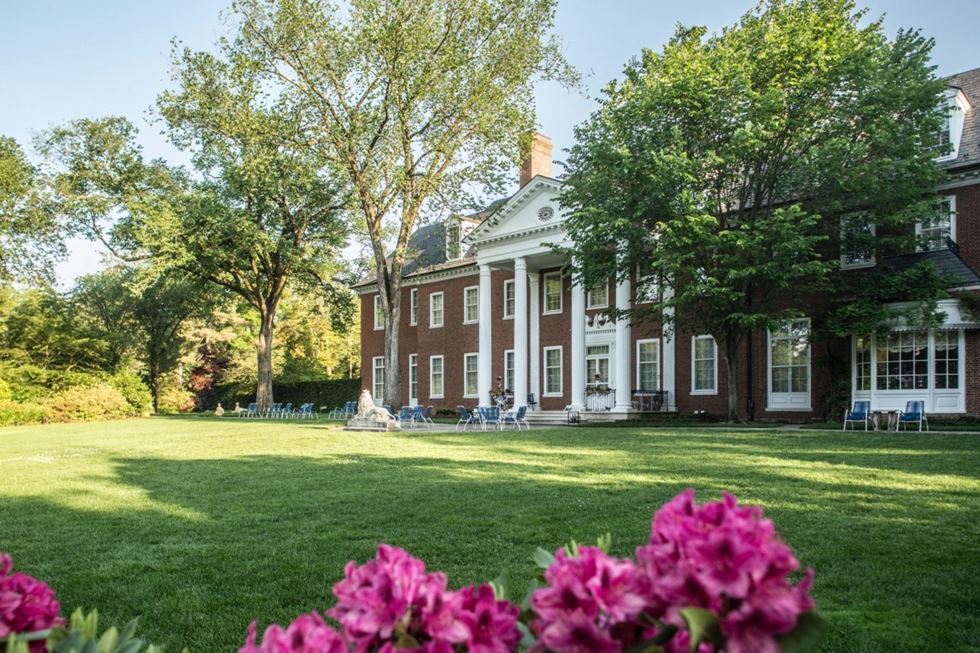 The businesswoman and philanthropist Marjorie Merriweather Post (1887–1973) preserved one of her favourite residences, Hillwood in Washington, D.C., as an opulent house museum. (The other homes included a 54-room triplex in Manhattan, Mar-a-Lago in Palm Beach, an Adirondacks camp with 68 buildings, and a 316-foot-long yacht.) When, late in life, Post set up the foundation that still looks after what is now known as the Hillwood Estate, Museum & Gardens she said, ‘I want to share this with the rest of the world.’ 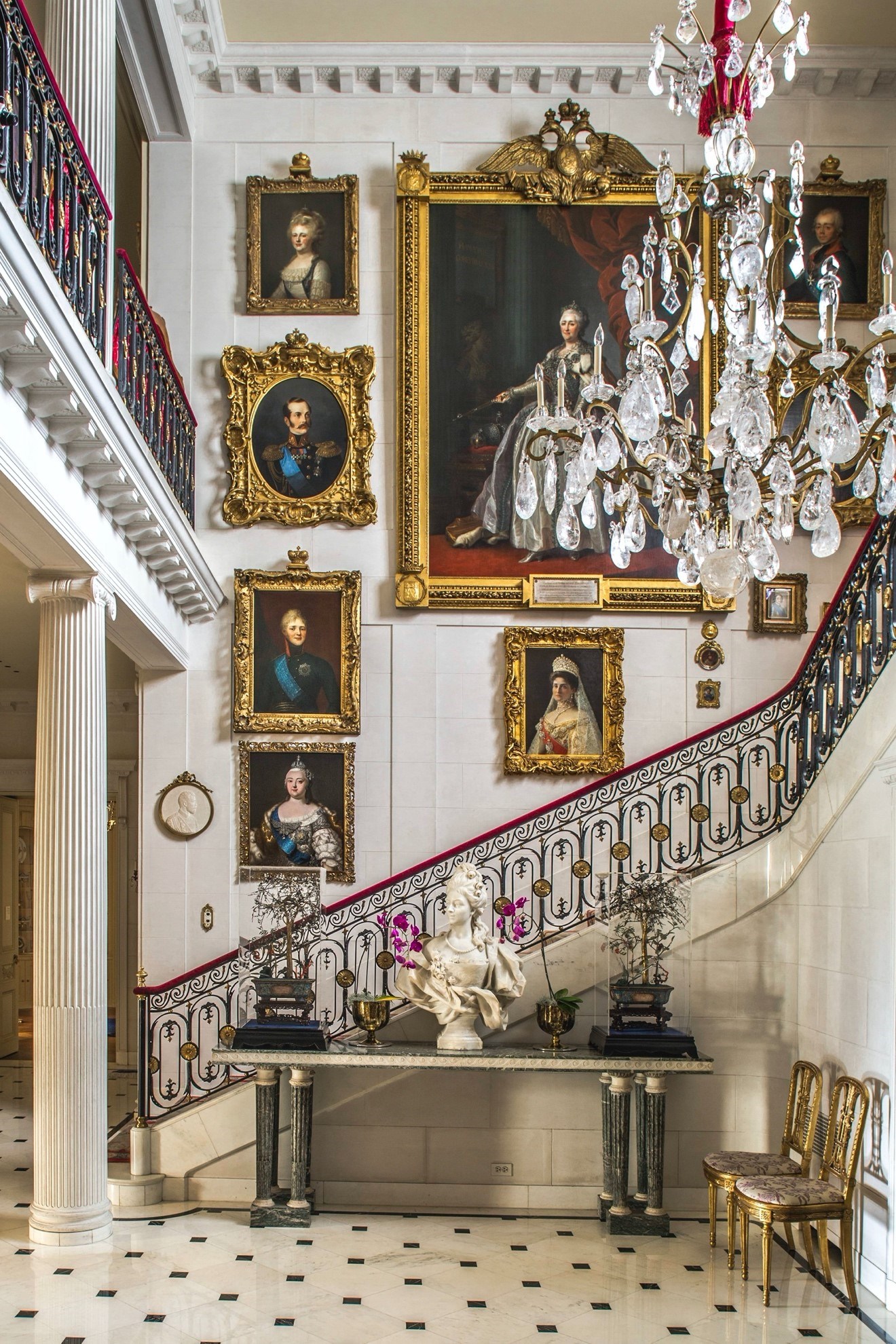 Built in the 1920s, the neo-Georgian house with a series of hip-roofed brick wings has 36 rooms full of Sèvres porcelain, Gobelins tapestries, Aubusson carpets, chandeliers dripping crystal pendants, Fabergé objets, and portraits of aristocrats hung salon-style. Gilded furniture is set in tableaus evoking the life of courtiers in 18th-century France and tsarist Russia. Post enlivened the grounds, which run to 25 acres, with a greenhouse complex sheltering orchids by the thousands, a log dacha with polychrome trim, a pet cemetery studded with dog statues, Japanese footbridges, and boxwood parterres in scrollwork patterns. Her jewellery (often of royal provenance) and couture gowns have also been preserved, along with portraits of her wearing them, photo albums documenting her evolving fashion sense and decor, and practically every invoice. Wilfried Zeisler, the museum’s chief curator, says that there are so many varied settings for exhibitions conveying Post’s personality and interests that, ‘The house feels very alive.’ 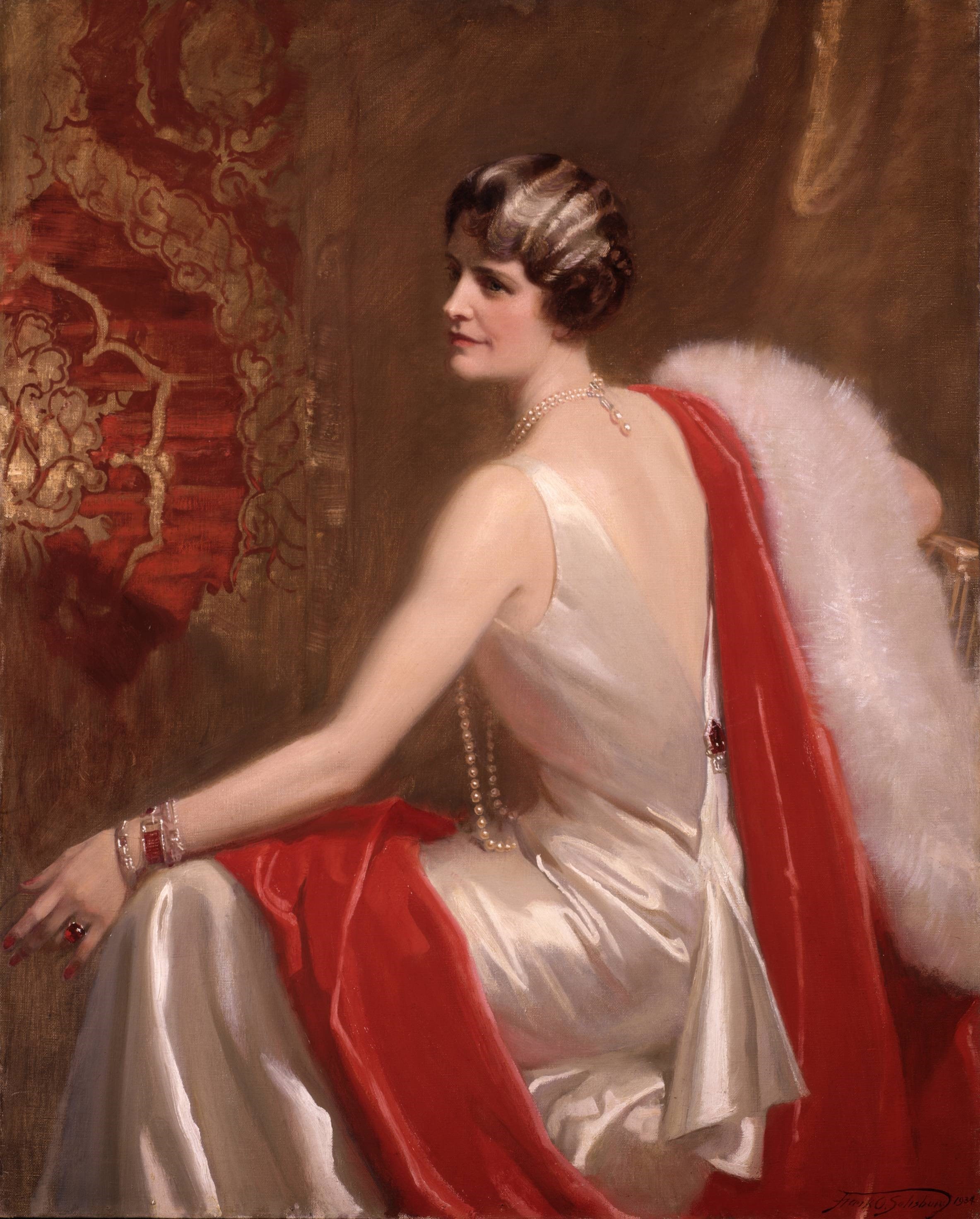 Post made headlines throughout her life. At the age of 18 she married the first of her four husbands, the banker Edward Close. (His successors included the stockbroker E. F. Hutton and the diplomat Joseph E. Davies.) By the 1920s, she ranked as one of America’s richest women; her father’s death in 1914 had left her in charge of his cereal company, which she expanded into the frozen food market. She invested part of her fortune in French decorative arts – her mentors included the eminent dealer Joseph Duveen – focusing on works in rarefied materials and made by and for aristocrats. She hosted endless rounds of parties for the leading political, diplomatic, and cultural figures of her time, serving the likes of salmon en papillote on dinnerware originally made for the rulers of ancien régimes. ‘One of those glittering parts of my life,’ was how Lady Bird Johnson described Post’s soirées. 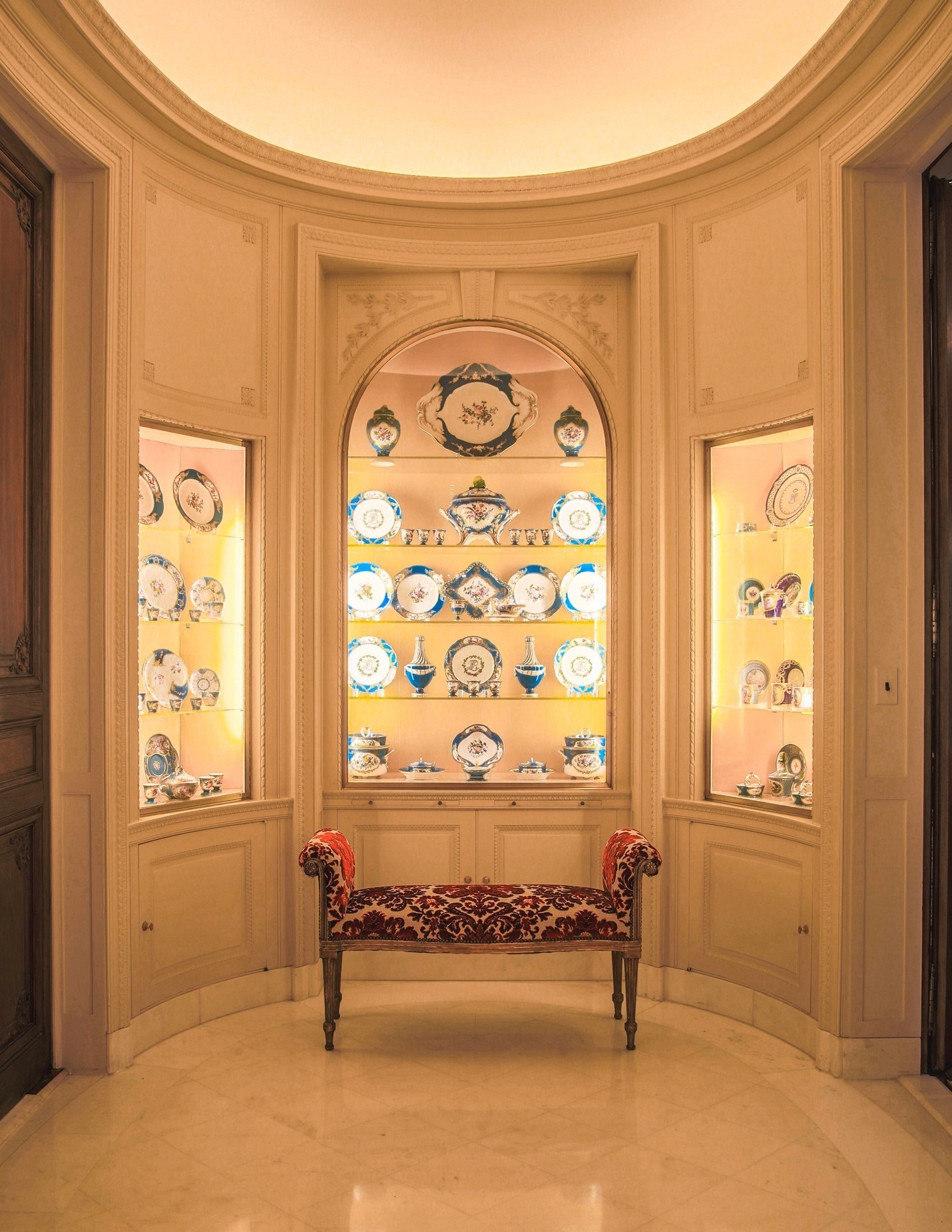 In the French porcelain room at Hillwood, highlights of the collection of 18th-century Sèvres include a cylindrical cup from the late 1770s bearing a portrait of Benjamin Franklin. In the French drawing room, the interlaced initials MA, thought to be those of Maria Antonia, Electress of Saxony, gleam in mother-of-pearl across the front of a rolltop desk fashioned by Abraham and David Roentgen in the 1770s. Pop-up candlesticks and a mirror are concealed within its some 40 compartments and secret drawers. 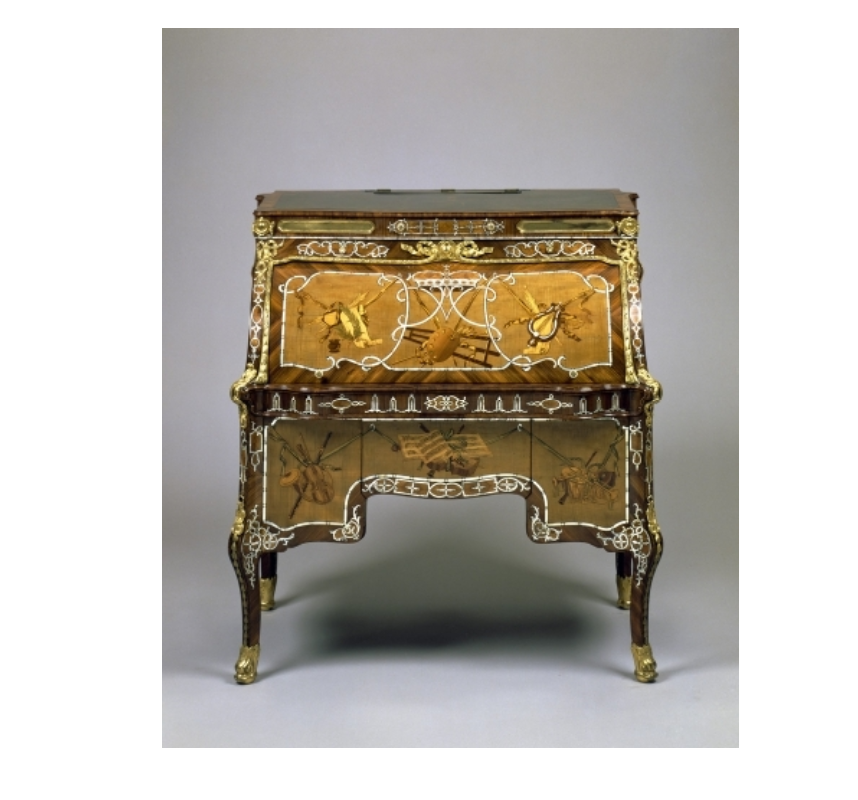 In the late 1930s, while Davies served as the US ambassador to the Soviet Union, Post started acquiring religious and secular treasures that were being sold off by the Soviets. She filled entire rooms of Hillwood with these purchases. A gold chalice, encrusted with diamonds and semi-precious cameo portraits of saints, was made in 1791 by the Norwegian goldsmith Iver Windfeldt Buch for Catherine the Great. Fabergé’s cobalt-enamelled egg from 1896, ribbed in diamonds, was Nicholas II’s second major Easter gift to his mother after he inherited the throne. (Hillwood also owns the pink enamel Fabergé Easter egg the tsar gave to his mother in 1914.)

Post had three daughters and her descendants have remained involved with the museum. The curators occasionally acquire family possessions that come on the market. In 2017, at a sale at Sotheby’s, Paris, they recovered for about €345,000 a portrait of Pierre Hercule de Chastenet, painted by Nicolas de Largillière in 1726. Based on archival documentation of Post’s collecting habits, scholars have traced where the portrait of the bewigged count, wearing a cloak of shimmering green velvet, hung in her different homes over the decades. ‘We had a welcome-back party for the painting when it arrived,’ Zeisler says. 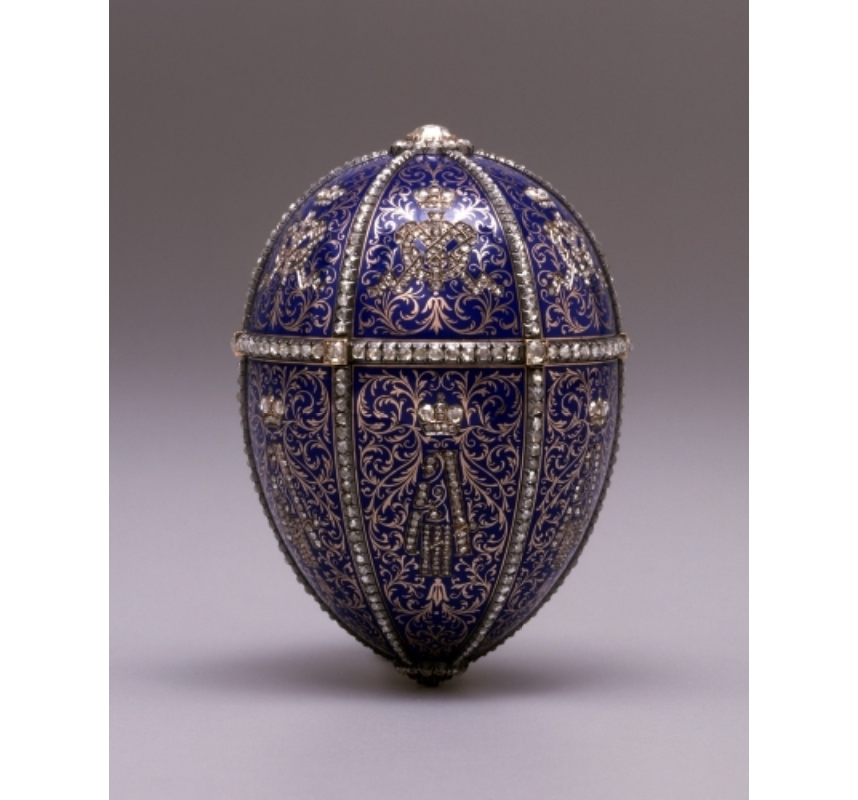 A steady stream of scholarly books has been published about Post and her purchases. Recent titles include Zeisler’s study of her Fabergé holdings and a biography, Marjorie Merriweather Post: The Life Behind the Luxury by Estella M. Chung, Hillwood’s former director of collections (published by D. Giles). A study of the estate’s gardens came out this spring, and in progress is an exploration of Post’s importance as a collector and the founder of a house-museum – both roles that were dominated in her day by men. 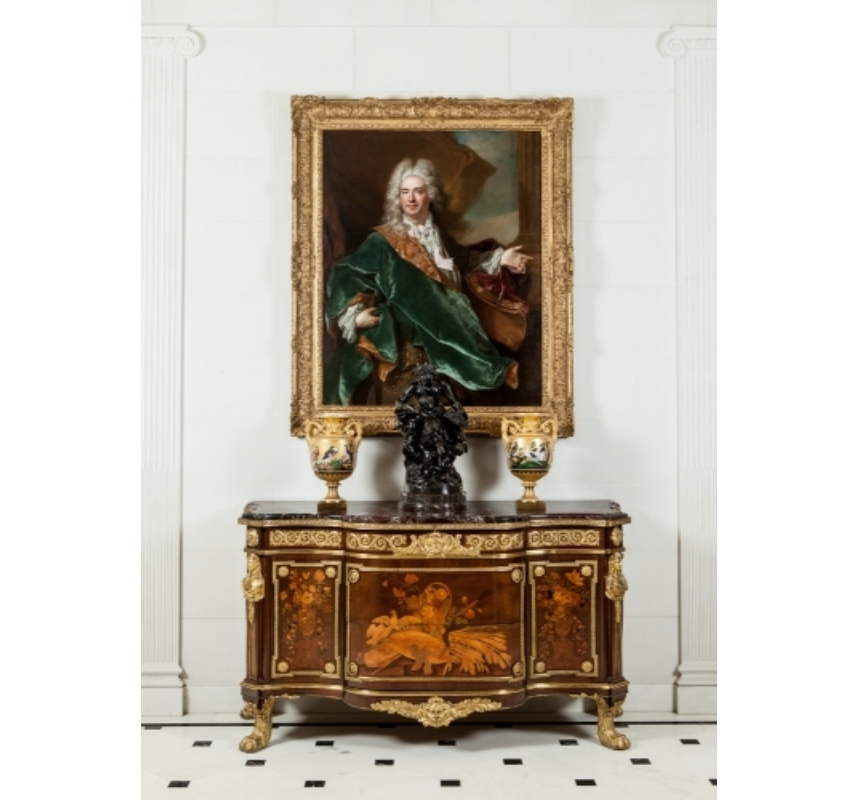 Post’s marble-topped commodes, fronted in marquetry bouquets and pastoral scenes, and made in the late 1770s by Jean-Henri Riesener, are undergoing examination by the research team that is also dismantling and scrutinising works by Riesener at the Wallace Collection, Waddesdon Manor and the Royal Collection. Whether that analysis brings good or bad news about past restorations and other interventions, Zeisler says, ‘We want to know the truth.’

Hillwood displays relevant works of contemporary art as well, and a recent highlight was an installation by the Dutch artist Bouke de Vries, War and Pieces. He took over Post’s stone-mosaic dining table that seats 30 and piled upon it shards of white porcelain, sugar, plastic doll parts, and cutlery to form battle scenes and an atomic mushroom cloud. The sculpture resonates with Post’s interest in Russia and France, countries that have experienced their fair share of war. Post also girded Hillwood for Cold War attacks; she tucked suites of fallout shelters, some with glamorous pink walls, below the house and outbuildings. But even in troubled times, her staff served feasts to visiting dignitaries from many nations on imperial dinnerware. ‘She lived with her collection,’ Zeisler says. ‘She put it to use.’