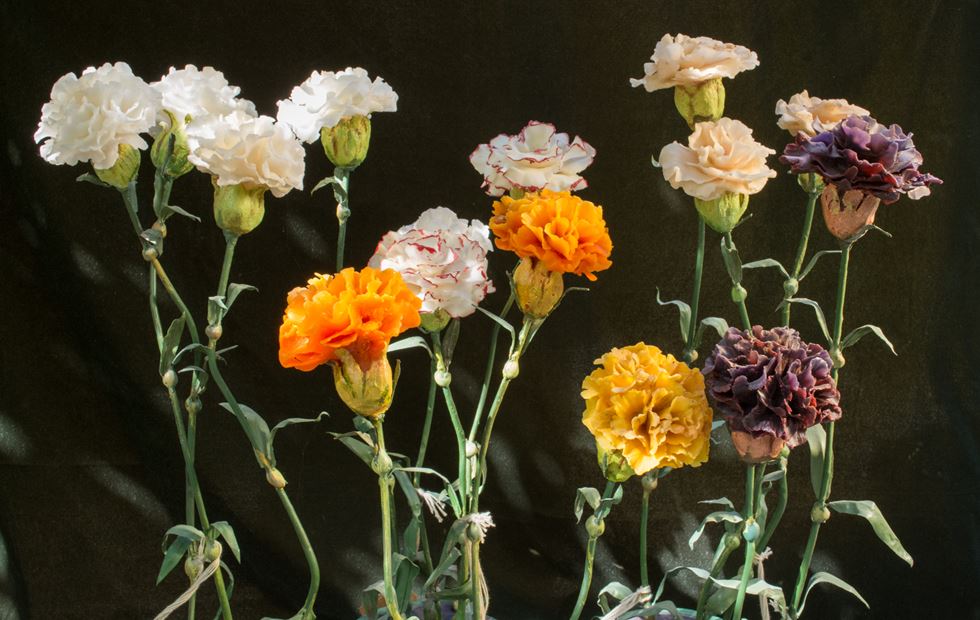 George Loudon’s collection of 19th-century life science objects has been exhibited at the Manchester Museum and at the Intermediatheque, the museum of  the University of Tokyo, as well as at the Whitechapel Gallery, London, where the material was displayed alongside specially commissioned videos, ceramics and prints by the Italian artist Salvatore Arancio. Loudon is the author of Object Lessons: The Visualisation of Nineteenth-Century Life Sciences (Ridinghouse), in which he discusses many of the works in his collection.

What really roused my interest in this field were the glass flowers at the Harvard Museum of Natural History, which were created by Leopold and Rudolf Blaschka in the late 19th and early 20th centuries. I was already interested in 19th-century science, when I made a visit to Harvard where my daughter’s husband was doing his PhD. My daughter took me to see the glass flowers there, which are housed in a large room with seemingly endless cases; it’s spectacular, not just because of the individual pieces but because of the experience of seeing so much of this amazing stuff made in such an unlikely material. After that I started looking for Blaschkas everywhere; the Natural History Museum in London initially thought it didn’t have any, and then they found a few, and then a few more – and eventually they found 190 of them, not all in good condition. 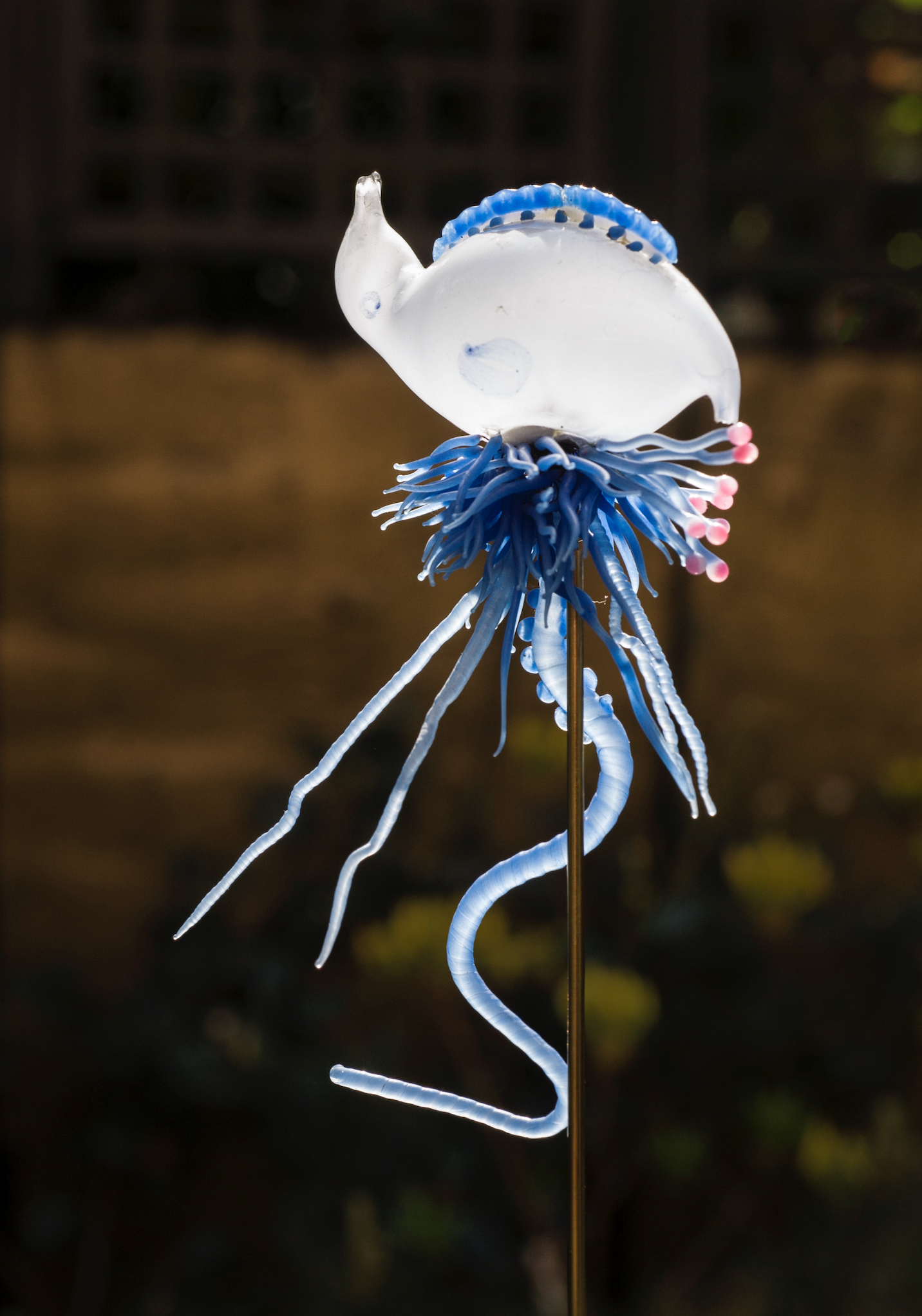 Most of the material I’m interested in hasn’t been properly recorded in institutions, because it’s secondary, it’s teaching material – so it has the same status as a pencil. You don’t record pencils, you record the purchase of a batch of pencils – or a batch of Blaschkas – but you don’t necessarily record where they are. Eventually I found some Blaschkas for sale with a dealer in London, which had come from a public school that was quietly getting rid of them. There’s nobody who sells these things as a speciality; it’s always part of something else, which ranges from interior decoration – such as papier-mâché flowers – to junk shops and stalls on the Brussels market. Finding it is a lot of work.

When I began collecting this material, I started by mapping out the area, by reading, by looking. I found going to the storage of university museums absolutely fascinating, because you can see things there that you just don’t see anywhere else. It took me two or three years to realise that most of the objects were didactic, and that this collection was about making 19th-century science visual. That became the theme. Then I was able to look for different objects that I knew were out there but which I hadn’t come across – searching for certain types, for quality, and for themes such as Western-Japanese mixing of science and aesthetics. I’m gradually getting more interested in the techniques, such as nature printing: by chance I’ve found a nature printing plate, which is quite rare.

The objects I acquire always have to have a connection to my collection, but I am sometimes guided by my eye, in the broadest sense of the word. I remember going to a book fair at the Royal Geographical Society, where a set of three books just called out to me, pulled me in – they were the weather charts of Robert Falcon Scott’s meteorologist. The aesthetic side of what I collect is still very important to me, as it was when I collected contemporary art; everything I see either pleases me visually or displeases me. 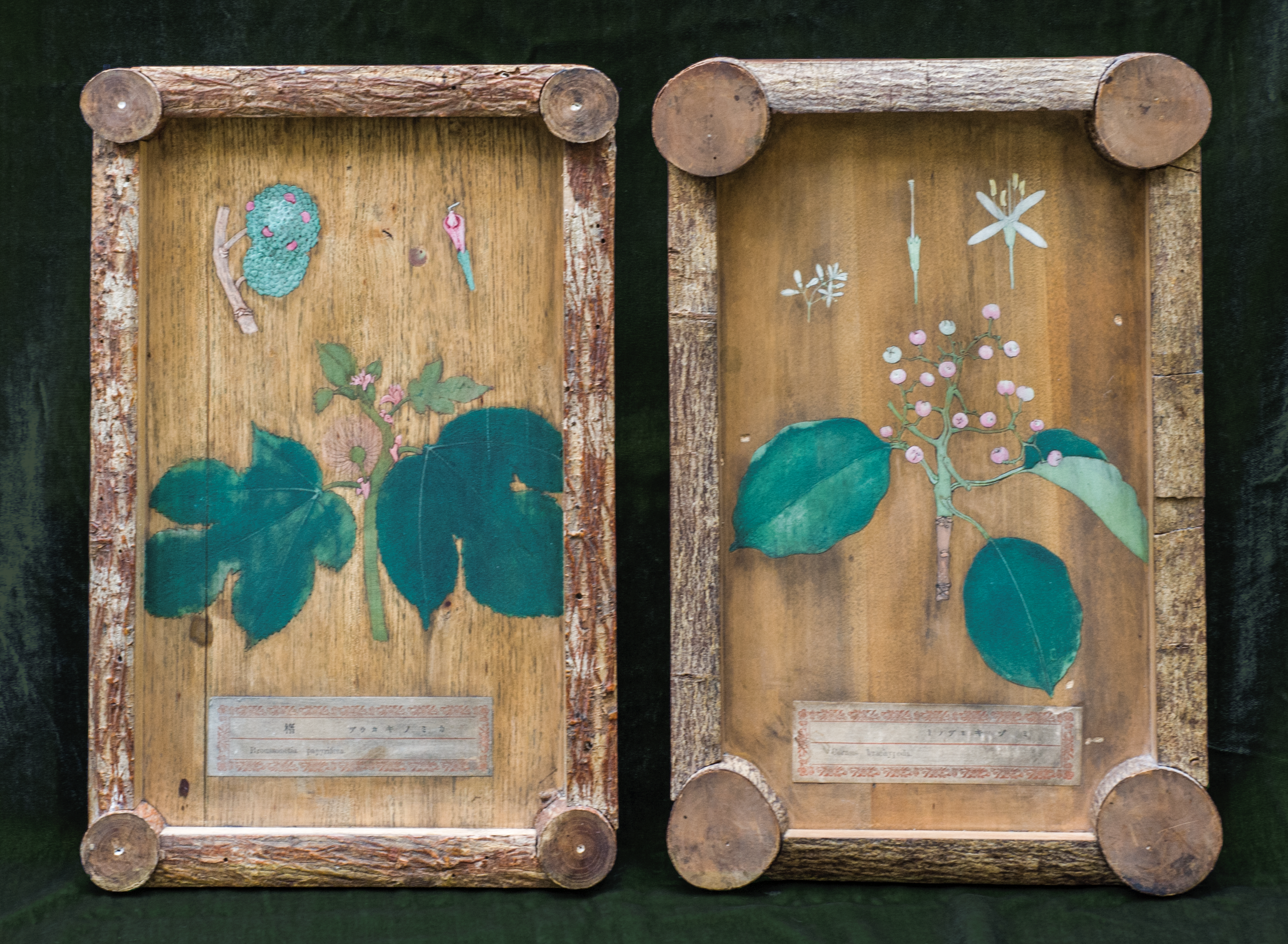 The object that’s most representative of my collection? Probably the group of nine Japanese wood panels with botanical paintings: each shows one species, labelled with both the Latin and Japanese name, and they’re made of the wood from the actual flowering tree that is depicted in each case, the panel from the trunk and the frame from the bark. They exemplify the interest that I have in the cultural mix between the West and Japan; the Western elements and Japanese elements are identifiably quite separate in these objects.

Of all the pieces, those I most love living with are the Italian wax plants and fruit – spectacular carnations and boxes of deformed lemons and peaches, which were used at an agricultural college to teach the students about imperfections in horticulture. The carnations are such appealing objects; I’m fascinated by how they were made. The fruit in their boxes are very curious, and have a visible history, with the aluminium boxes that were made later than what they contain: the original boxes probably fell apart, as these are objects that were regularly used. 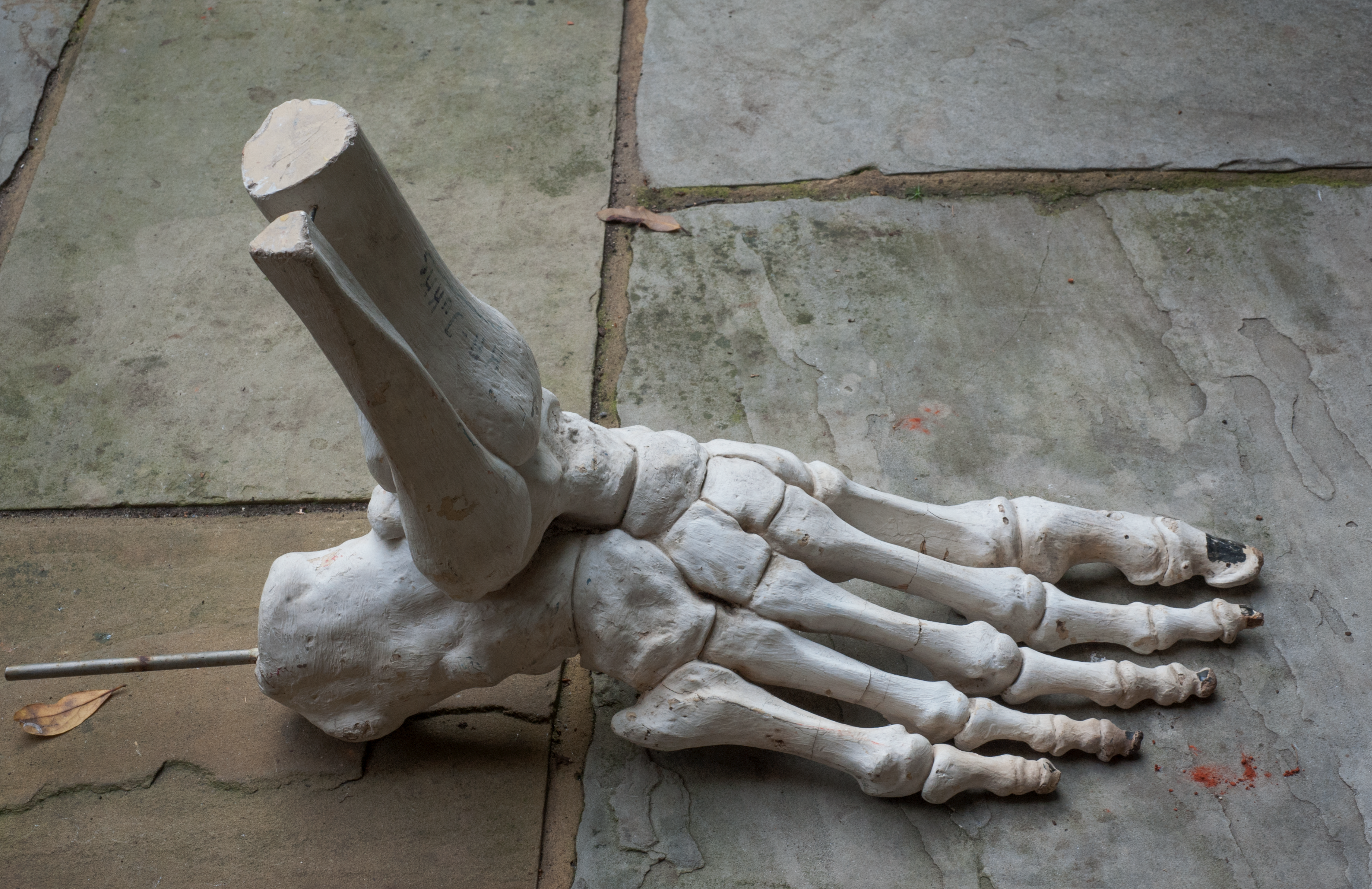 Model of the bones in the foot, late 19th century © Rosamond Purcell

In fact, nearly all the objects in my collection have been used. They were made to be handled; they weren’t kept under museum standards, so you have to accept their wear and tear. One object, a large plaster foot, must have been used a lot: students added their names to it, graffiti which is now part of its history. In the recent exhibitions that have drawn on my collection, the curators and I have been very keen not to put too much protection around the objects, because you change their nature by turning them into museum pieces. I want them to be seen for what they are.
share: