Founded in 1968 "La Maison Steinitz" is today recognized as one of the main actor in the antique dealers world.

Benjamin Steinitz created in 2009 in the continuity of his parents "la SARL Steinitz" that he currently manages and which employs about thirty staff members. The gallery's exhibition rooms are located in a prestigious 18th century "hotel particulier" at 6 Rue Royale in the heart of the historical Paris, steps away for the famous "Place de la Concorde".

Unique in it’s genre “la Maison Steinitz” perpetuates the great tradition of artistic crafts in France and in addition to its exhibition spaces, the gallery employs more than twenty artisans in its restoration workshops. It is thus part of the safeguard of French craftsmanship and the transmission of know-how whether in the fields of cabinetmaking, carpentry, or in those of sculpture. The teams of restorers are partly made up of “compagnons-artisans” whose presence within “la Maison Steinitz” goes back more than thirty years when they were originally trained by Bernard Steinitz, Benjamin Steinitz father’s.

Part of the staff of the gallery includes among others a design office but also a research and study office in art history, with the mission of retracing the history and pedigree of some of the most important pieces in our inventory, further consolidating an already widely recognized reputation.

All this know-how is highlighted and presented to the public, not only within the gallery itself, but also on the occasion of our participation in international exhibitions in which we have participated regularly every year and have done so for several decades, in particular the Biennale des Antiquaires de Paris, the Fine Arts Fair in Paris, the San Francisco Fall Antique Show, the Brafa in Brussels, or Masterpiece Fair in London.

Last year, on the occasion of these exhibitions, the quality of our work was materialized by the acquisition of important objects by a number of private clients, but was also acclaimed by several major national and international museums.

To illustrate this last point, let us mention in particular a set of six chairs from the Château d'Abondant - exhibited during the Paris Biennale 2018 - which are now exhibited in the Louvre museum; a gilded bronze vanity mirror with the arms of Elisabeth-Charlotte d´Orléans, niece of Louis XIV and Duchess of Lorraine - exhibited at the 2019 Paris Biennale - which will soon return to its original location at the Château de Lunéville; a gilded bronze profile of the Grand Dauphin of France, son of Louis XIV - exhibited at the Fine Arts fair in Paris 2019 - acquired by the ”Musée du Grand Siècle” in Saint-Cloud, to name only three examples directly linked to French institutions.

With regard to foreign museums, the following works of art were purchased in 2019 alone: The Art Institute of Chicago, an important piece of furniture executed around 1860 by Charles-Guillaume Diehl - exhibited at Masterpiece Fair in London; The Currier Museum of Art in Manchester, New Hampshire (USA), an exceptional terracotta sculpture by Soldani Benzi - Masterpiece Fair in London.

These examples, which relate only to the recent past, complete an already long list of objects sold by the Steinitz gallery over several decades to museums around the world, such as : The Louvre Museum; The Orsay Museum; The Château de Versailles ; The Château de Malmaison; The Metropolitan Museum of Art in New York; or the J. Paul Getty Museum in Los Angeles, only to name those. 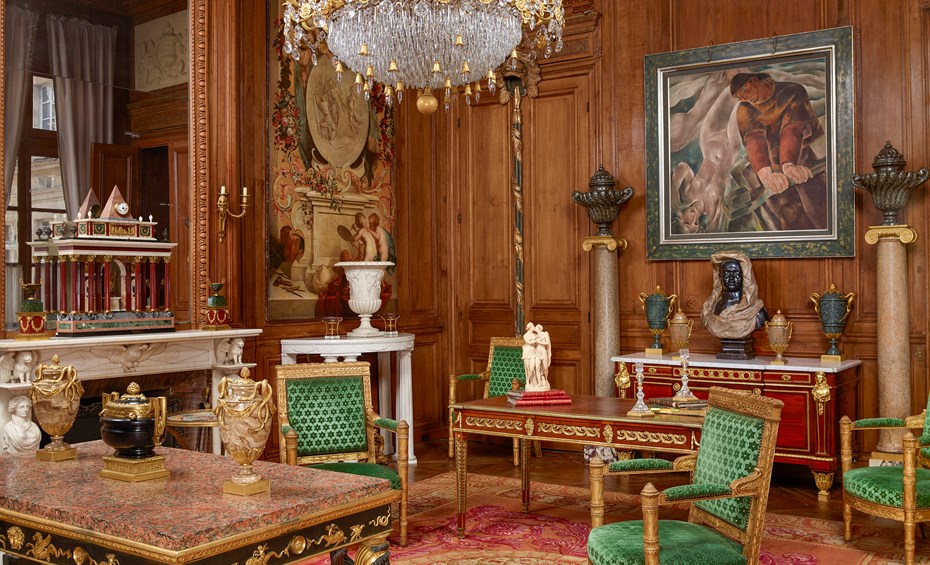 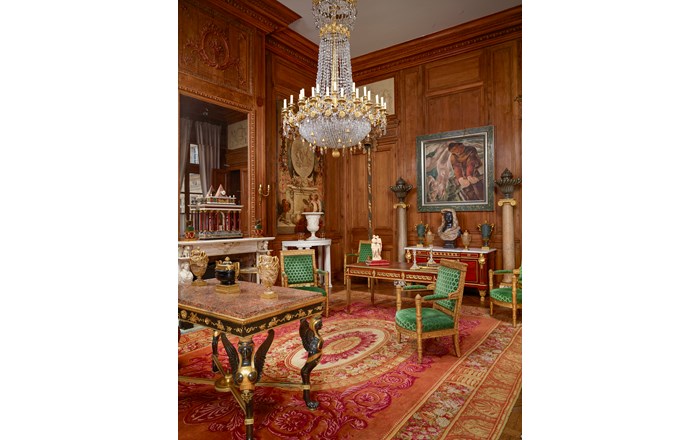