History: For the past 40 years, the gallerist Peter Femfert has vouched for a sophisticated gallery concept of groundbreaking developments in the art of the 20th century as well as of promising and multi-faceted contemporary positions.

Activities: Alongside the conception and organisation of art exhibitions in both the gallery rooms as well as in prestigious museums, cultural institutes and other international galleries, the sphere of activities includes publishing in addition to – first and foremost – art consultancy and advice for collectors, enthu-siasts and professionals. The landmark step of expanding the environment of activities to the United States and to Asia by participating in KIAF since 12 years, in ART MIAMI since 2013 and to Europe in BRAFA Brussels (for the first time in 2015) is a consequence of a longstanding and successful internation-al involvement.

Cooperations: DIE GALERIE has established contacts to museums, collectors, dealers, artists and art estates and has been able to initiate and organize a number of internationally recognized exhibitions. An intensive and in some cases exclusive collaboration with artists and a friendly relationship to inheritors as Eric and Amy Ernst, grand-children of Max Ernst, to Diego and Lily Masson, the children of André Masson, to the heritages of Friedensreich Hundertwasser and Lucebert resulted in numerous exhibitions like Igor Mitoraj e Pompei in Pompei in 2016; CoBrA 1948-1951. Una grande avanguardia europea at Palazzo del Corso, Fondazione Roma, 2015; Friedensreich Hundertwasser at Osthaus Museum Hagen in 2015; Igor Mitoraj at the Ministry of Foreign Affairs in Berlin in 2013; Dietrich Klinge – Sculptures at the Archeological Museums and places in six medieval cities in Tuscany, Italy, then travelling to Frankfurt, Germany, Es Baluard, Palma de Mallorca and France; , André Masson. A Mythology of Nature at Museum Würth, Künzelsau; André Masson – Bilder aus dem Labyrinth der Seele, the largest retrospective on the artist at the Institute Mathildenhoehe, Darmstadt, Germany, and the renowned Museo National Centro de Arte ‘Reina Sofia’ in Madrid, Spain, just to mention some. 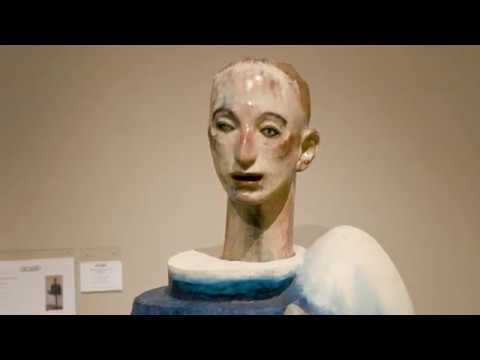 The meanwhile 80-year-old artist merely allows himself a momentary glimpse back, before returning his full attention to the easel before him; now as ever, it remains Volker Stelzmann‘s most beloved place. He still strives for a dialogue with his painted subjects, who more than rarely try to elude him. Apart from a few occasional excursions into still life, individuals continue to constitute his prime focus, whether they are drawn from biblical texts, from the theatres and vaudevilles of the 1920s, from contemporary Berlin street life or completely out of touch with time – no matter whether in typified simplification, in a conundrum with masks or in portrait-like individualization – in Volker Stelzmann‘s world, profound humanity reveals itself in all poses.
The artist‘s now seventh exhibition in DIE GALERIE, featuring works from 1964 to the present, reveals a great master of contemporary figurative painting. Self-willed he has always been, for even in his portraits, which he created while still a recognized painter in the GDR, there is no trace of pathos; instead, a subtle appropriation of Christian symbols and attributes as well as a sophisticated irony resonate in many of his scenes. And even when he powerfully paints the odd characters from the streets, huddling in underground shafts and wagons without turning their faces or talking to each other, his profound gaze on people always remains a human one.

Visit our You Tube channel for the exhibition film: https://www.youtube.com/watch?v=e9IJ5iX7u48&t=186s 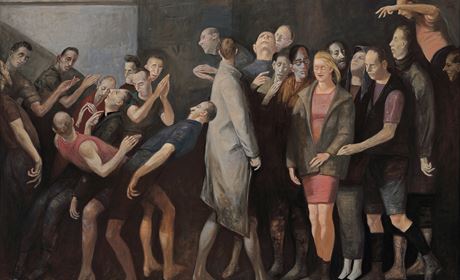 Goethe University Frankfurt am Main, Germany has an outstanding position in the cultural life of the city of Frankfurt am Main. Founded in 1914 as a civic university and continued in 2008 as an autonomous foundation university, it considers itself as a comprehensive place for research and education, for open discussion, innovative thinking and future-oriented acting with social responsibility. In keeping with this vision, the idea was born to present the guiding principles and various aspects of university life in a visually impressive way with a sculpture exhibition.

Surrounded by the spectacular scenery of the park landscape around the Poelzig Building, the Goethe University Frankfurt presents in cooperation with the nearby gallery DIE GALERIE the outdoor exhibition Herbert Mehler. Growth – Body – Space. A series of 18 monumental sculptures by the contemporary German sculptor Herbert Mehler are presented on the Campus Westend. The artist, born in Steinau in 1949, enjoys a high esteem in German-speaking countries and internationally. With their partly geometric, partly organic forms, his towering Corten steel structures, created from uniform lamellae, give the impression of gigantic plant formations of various kinds; the brown-reddish colour typical of Corten steel also conveys a particularly natural impression. With their slender but also powerful shafts, Herbert Mehler‘s sculptures are at the same time reminiscent of supporting elements of architecture and thus build a bridge between nature and architecture.

"The works of the artist Herbert Mehler fascinate me, both as an art lover and a scientist! They seem to unite two poles. On the one hand, they stand for growth, creatureliness and naturalness, but likewise reveal vulnerability; on the other, in their uniformity and kindred structures, they come across like entities from another world ." Prof. Dr. Enrico Schleiff, President of  the Goethe-University Frankfurt/Main 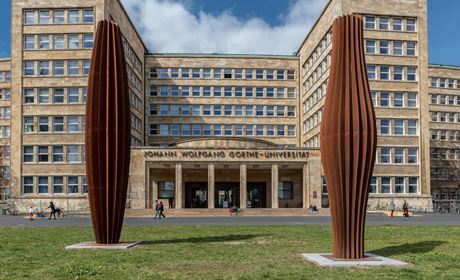 The sculptures by the german artist Herbert Mehler meets the paintings by the Danisch artist Carl-Henning Perdersen.

Herbert Mehler has been part of the regular pool of artists at DIE GALERIE for several years now. Our pleasant and rewarding cooperation has intensified over the past few years, and just last year a cabinet exhibition with works by the sculptor was held in DIE GALERIE. A reflection of the ever-growing mutual trust between the artist and gallery, a trust that is imperative to be able to realise a project as significant as the current one. The sculptures exert a certain allure upon the viewer both in the monumental and in the small. For this reason, the exhibition Growth - Body - Space is presented in parallel at two exhibition venues - in the premises of DIE GALERIE and on the Campus Westend of Goethe University. The works in the gallery rooms include new pieces from 2021, and range from ‚miniatures‘ of only 15 cm to pieces of 180 cm in height.
Aside from the limited editions made of cast iron, all of Herbert Mehler‘s steel creations, for all their similarity in form, are unique pieces: each was created by the artist himself with great technical precision. Visually, the heaviness and corporality recede in these works, making folded-steel objects like Belladonna, Frutta di Casco, Porta or Vela suddenly appear light and airy. From every angle and at every glance anew, regardless of the format the work remains mesmerising and compelling.

Additionally we present paintings by the Danish artist Carl-Henning Pedersen (1913-2007).
Carl-Henning Pedersen had found his way to the CoBrA group via the Danish artist group Høst; along with Asger Jorn, he is the most important Danish member of the association; as one of the older artists, he brought a consolidated idea with him to CoBrA and thus influenced the younger artists to a certain extent.
Light is form and colour; light is the source of life and energy; light is inspiration. That is how you could summarize the artwork of  him. Pedersen has found his own unique way of turning the vibrating energy of sunlight and the wide range of colours – his most essential sources of inspiration – into the central essence of his art.
Though you can find traces of the pulsating painting style of artists such as Kandinsky, Klee or Chagall in Pedersen’s pictures, his world of motifs greatly differs from theirs. The mystic creatures that leap out of the background of his pictures just to be swallowed up by the ground, have their roots in Nordic mythology and conjure their own unique dream world filled with visions.