The RA Hosts: The Artist as Collector 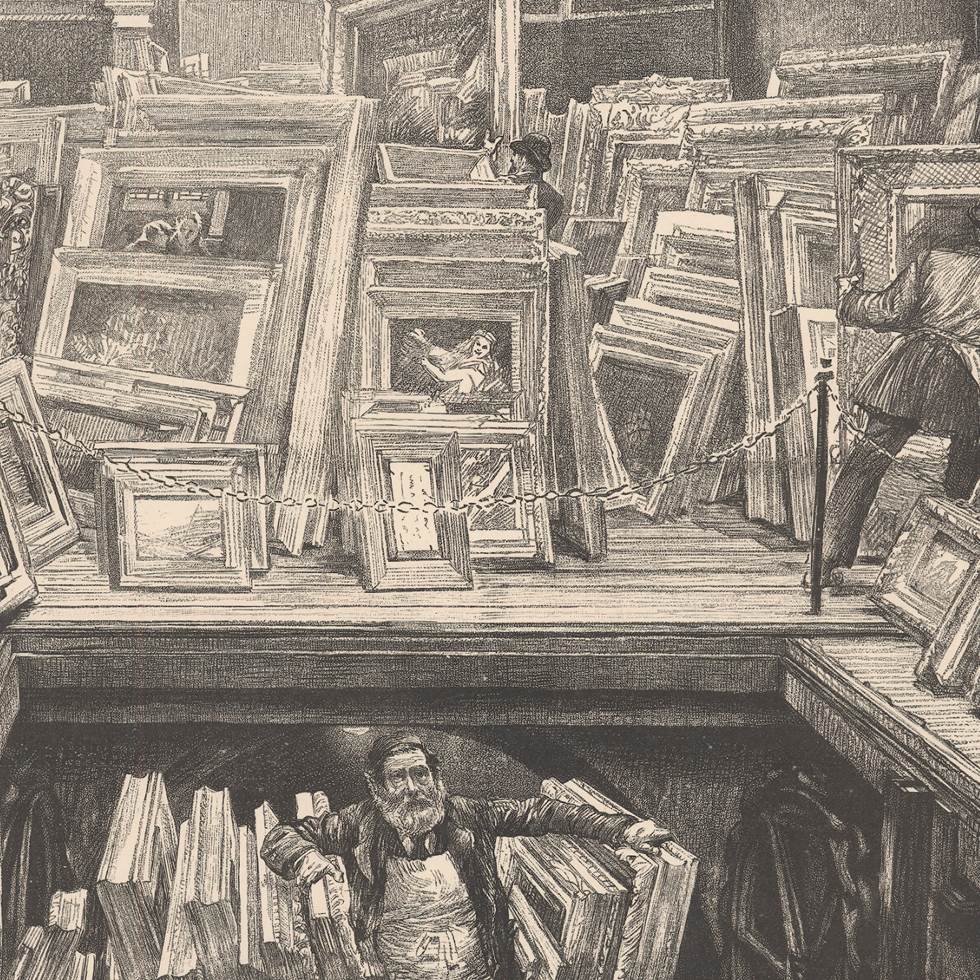 Are artists’ collections something that should obtain more attention from curators, scholars and dealers?

Art collections reflect the owner’s artistic tastes and can represent a very specific point of view. This panel discussion reflects on the artist as a collector and will ask what, why and how artists collect.

Leading artists have been invited to share highlights from their own collections and explain the rationale behind the selection of specific objects and works of art.

The panel explores the purpose of collecting in general and aims to demystify the influence an artist’s collection might have on their own practice.

TOM HAMMICK is a British painter and printmaker. He was the winner of the V&A Prize at the International Print Biennale, Newcastle, UK in 2016, and the print Violetta and Alfredo’s Escape, 2016, was acquired by the V&A. Hammick has work in many major public and corporate collections including the British Museum, Bibliotheque Nationale de France, Deutsche Bank; The New York Public Library. Hammick was Artist in Residence at the 71st Aldeburgh Festival in 2018 and has been awarded the Joseph Albers Foundation Residency for 2019. His most recent exhibition Night Animals was with Flowers Gallery in Spring 2019.

HUMPHREY OCEAN RA is a painter and was elected a Royal Academician in 2004 where he is Professor of Perspective. His series of new portraits A handbook of modern life was shown in 2013 at the National Portrait Gallery. In 2018 he appeared on Only Artists, BBC Radio 4, featured in Drawing Together at The Courtauld Gallery, From Life at Royal Academy of Arts and his one-man exhibition I’ve No Idea Either was at Sims Reed Gallery, London. His latest exhibition Birds, Cars and Chairs is at The Keeper's House, Royal Academy of Arts until 18 August 2019. In Autumn 2019 the first monograph on his work will be published. He lives and works in London.

REMI ROUGH deals with visual semantics, distilling fragments of the world around him into powerful abstract compositions. Unlike ‘pure’ abstract painters such as Malevich and Mondrian, Remi’s pseudo-sculptural paintings and large-scale murals are instilled with a ‘street-wise energy and tension born from early experiences as a young graffiti writer, painting walls and trains across the world. Those familiar with the almost impossibly intricate interplay between geometry, line and colour seen in late-80’s ‘wildstyle’ graffiti will undoubtedly discover deconstructed visual clues to the artists schooling. Both colour and music have played important formative roles in the development of abstract art – Kandinsky is widely believed to have had synesthesia – and both Plato and Baudelaire wrote of the visual arts using auditory terms. The instinctive use of colour and geometric form in Remi’s work can often result in what might be described as the graphic notation for some unseen urban symphony, such as in the visual scores of Hans-Christoph Steiner. It may come as no surprise then, to learn that Remi is also an accomplished music producer. The effect is perhaps best experienced when witnessing one of his vast murals, where geography, geometry and architecture align to immerse you fully in the multi-dimensional mind of the artist.

DR ANNA M. DEMPSTER is Head of Academic Programmes at the Royal Academy of Arts and College Research Associate at Wolfson College, University of Cambridge, where she also sits on the Fine Arts Committee. Anna was previously Associate Professor in Art Business at Sotheby’s Institute of Art responsible for the Art Business, Finance and Management Unit as well as teaching strategy, entrepreneurship and research methods all tailored for the art world. Prior to that she was Director of Research at the Creative Industries Observatory, University of the Arts London, and Founding Director of the MSc/MA in Creative Industries at Birkbeck College, University of London. She has research and teaching experience in leading international institutions including the University of Cambridge, London Business School and Rotterdam School of Management and she regularly consults for practitioners and policy-makers. She holds a BA and MPhil in History from the University of Cambridge, and a PhD in Management Studies from the Judge Business School, Cambridge.