There are four important things I look for before buying a piece: originality, condition, romance and crucially, good design.

I have been dealing in antiques and works of art for 35 years and have been passionate about the subject since childhood. When I was about six I felt that by holding an object dug up in the garden, say a fragment of a clay pipe, I could imagine what had happened to it from its fabrication to the present. The passage of time has always held a great fascination for me as within each piece there lies the possibility of time travel.

Over the last 15 years I have been working on a great variety of projects balancing furniture, paintings and objects to create harmonious spaces. 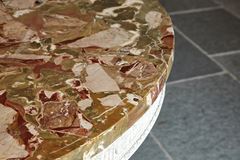 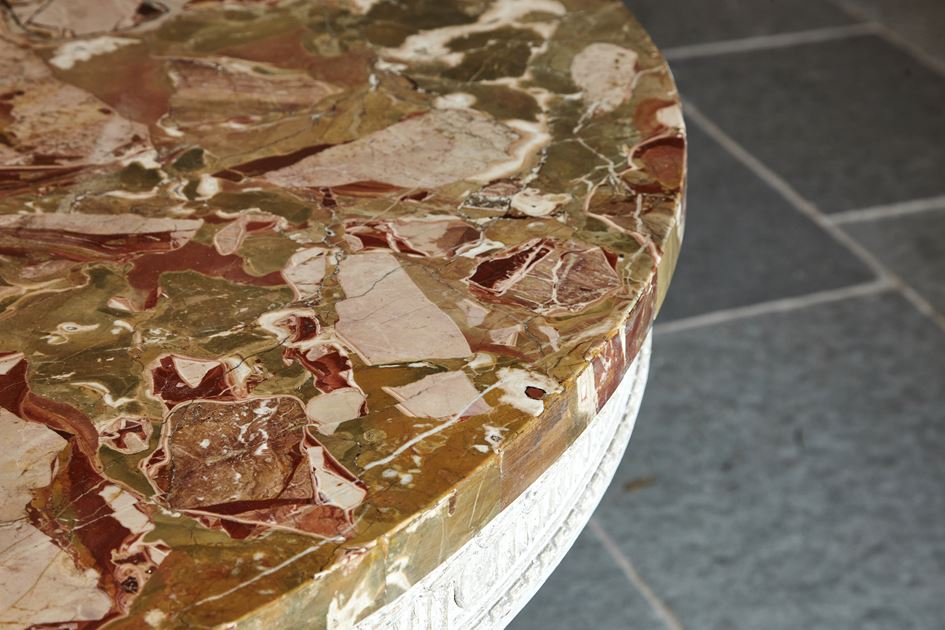 A George III carved and painted side table of Neo-Classical form having its original Sicilian Jasper veneered top, English, c. 1780 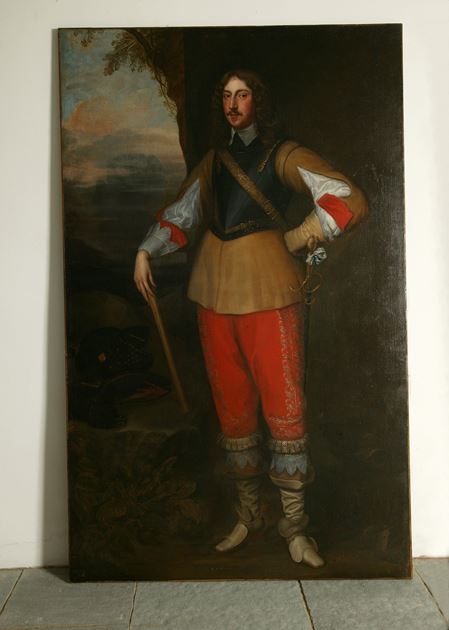