The Shape of Creative Spaces 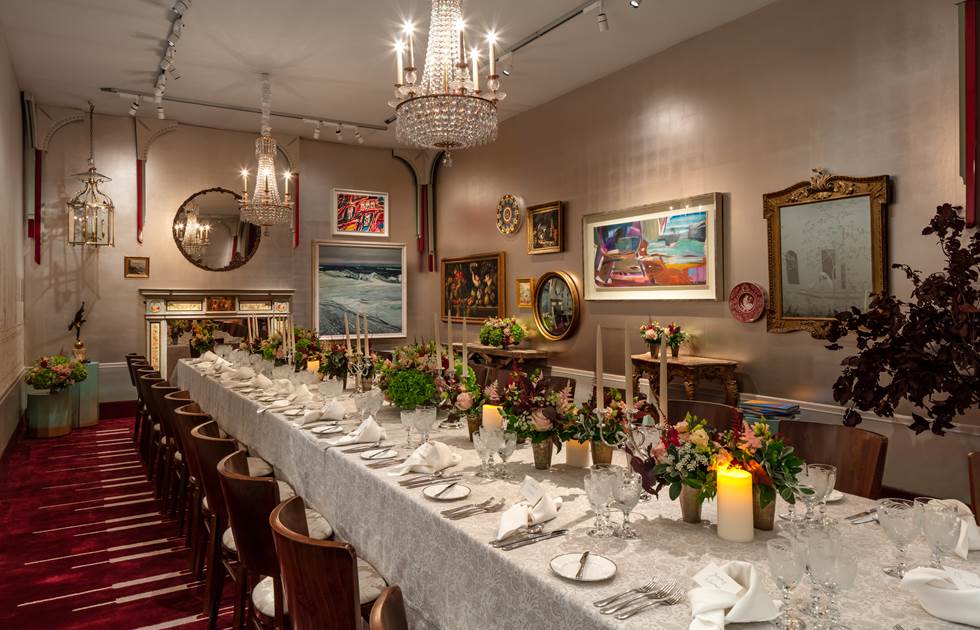 If living through lockdowns has taught us one thing, it is that the spaces we live and work in have an enormous effect on our wellbeing. Carefully curated art and design can help us understand ourselves better, while also teaching us to look outwards – but how to create an environment that balances form with function, heritage with modernity, the personal with the universal? In this thought-provoking conversation, our three panellists will reflect on what good curatorial practice looks like today, while also offering practical tips on how to collect and display art in both private and public spaces.

Mohammed Afkhami
Mohammed Afkhami is the founder and Managing Partner of Magenta Capital Services, which acts as the exlusive advisor in capital placement to over a dozen of the largest global private equity, real estate, and infrastructure firms on over $20 billion of capital placement in the Gulf Region, Brunei and Malaysia. These firms include but are not limited to Apollo Global Management, Ares Management, Providence Equity Partners, Thoma Bravo, CIM Group, LS Power, and Arclight Capital Partners. Mohammed also serves as the Co-founder and Vice Chairman of London Strategic Land, one of the largest dedicated residential land buyers in the Greater London Area. Mohammed is also founder and Managing Partner of MA Partners DMCC, a Middle East based commodities consultancy that acted as the exclusive Middle East Advisor between 2005-2012 to Mitsui Energy Management, a wholly owned subsidiary of Mitsui & Co. Previously Mohammed held senior positions covering the Middle East and North Africa for Standard Bank, O’Connor Associates and UBS Warburg where he covered corporations, hedge funds and sovereign institutions providing structured finance and derivatives. Mohammed is a founder member of the British Museum, Co-Chairman of Guggenheim Museum Middle East and North African art acquisition committees. He is on the advisory board of Art Dubai and a patron friend of both the Sharjah Art Foundation and the Agha Khan Museum. Over the past 4 years, Mohammed has also exhibited a part of his Iranian art collection with Agha Khan Museum in Toronto and the Houston Museum of Fine Art under the titled show “Rebel, Jester, Mystic, Poet: Contemporary Persians”. This show will be extended to the Asia Society in New York in September 2021. In addition, he has published two books on Iranian art, the most recent of which by Phaidon press called Homer: Ahami collection of Modern Contemporary Iranian Art. Mohammed is also founder of the Mohammed Ahami Foundation which finances an annual scholarship for Middle Eastern students at his alma mater, the University of Pennsylvania and finances publications books and art shows related to the Middle East art world. Mohammed obtained his BA in Economics with a concentration in finance from the University of Pennsylvania. Mohammed had also pursued graduate studies in middle eastern politics at the University of London’s School of Oriental & African Studies.

Zeynep Fadıllıoğlu
The award winning interior designer Zeynep Fadillioglu founded her company “Zeynep Fadillioglu Design “ in 1995 and that name swiftly became synonymous with a style that is both bold and comfortable with references of the past in a contemporary way. Zeynep is credited with being the first woman ever to design a mosque—the Şakirin Mosque in Istanbul, which was nominated for the prestigious Aga Khan Award for Architecture. She has then designed several mosques for Clients in Europe and Middle East. With over 500 successfully finalized projects around the world, Zeynep Fadıllıoğlu Design promotes an interdisciplinary approach, becoming as much an école as a design studio, with a dedicated staff skilled in Arts, Crafts, Design, Architecture and Product Design.  ZFD is very well known for combining East and West, mixing traditional and contemporary, its modern understanding of our roots and telling its story through colors, textures, textiles and architectural features which all together lead up to a design with a timeless look, a universal appeal with a local feel.

Corrie Jackson
Corrie Jackson is a curator and collection manager. She is currently the RBC Senior Art Curator, directing the management and growth strategy of the RBC Corporate Art Collection. She oversees the international art collection team, developing strategy and engagement, and leading art acquisitions for the bank. She has held roles at the University of Toronto Art Museum, Sotheby’s Canada, and commercial galleries. A graduate of the Master of Visual Studies, Curatorial Practice at the University of Toronto, Jackson’s curatorial interests focus on cross-generational dialogues and developing the role of collections as accountable and inclusive narratives. Corrie is on the Board of Trustees of the Gardiner Museum, and on their Governance Committee. She has previously sat on the board of Mercer Union, and various committees across arts organizations with a focus on contemporary art.

Moderated by Frances Hedges
Frances Hedges is the executive editor of Harper’s Bazaar UK, overseeing all aspects of the magazine, with a particularly keen interest in writing about art, culture and women in business. A graduate of Oxford University, she has previously held roles at the Royal Society of Arts journal, Elle Decoration magazine and Net-A-Porter. She has been a member of the judging panel for the ING Discerning Eye exhibition for emerging artists and the Black and White Spider Awards for international photography.