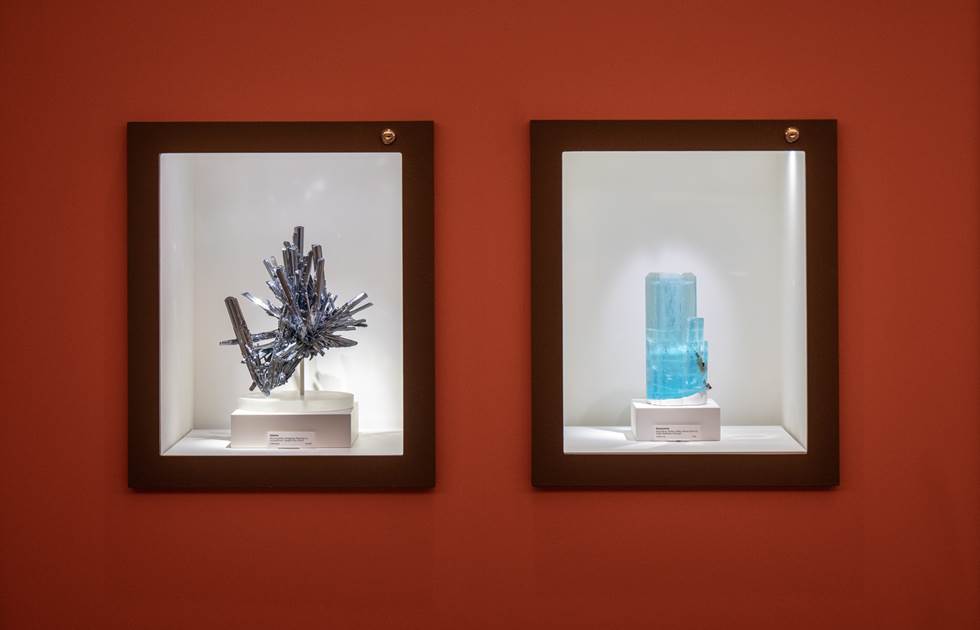 Minerals, masterpieces of the natural world that include precious gemstones and some of the rarest substances on earth, have been coveted and collected by royal enthusiasts and other elite members of societies throughout history. Today these natural wonders are sought after by a much wider range of collectors. From prominent museums to high-net-worth individuals and celebrities, mineral specimens can be as highly prized as art and antiques, or like fine wines and vintage cars.

If you have a keen eye for colour and aesthetics and an appreciation for some of the rarest and most beautiful objects on earth – or just a passing interest in one of the most rapidly growing and appreciating fields of collecting – then this presentation is for you.

Please join moderator Fatema Ahmed from Apollo magazine, along with panel members Joel Bartsch, Daniel Tranchillo and Alan Hart – a museum director, a leading international dealer and an expert in the science of mineralogy and in collection development, respectively: three figures who are at the forefront of a resurgence in collecting and investing in the finest natural gems and crystals that nature has to offer.

Speakers
Joel Bartsch
Joel A. Bartsch has been President & CEO of the Houston Museum of Natural Science (HMNS) – one of the most heavily attended museums in the United States – since 2004, and Curator-in-Charge of Mineral Crystals, Gems & Jewels since 1991.
For several decades, Bartsch has been an active market maker in various areas of collecting, having built billion-dollar, world-class collections of natural mineral crystals, gems & jewels, and other collectables. He is also an ardent Faberge enthusiast; and has organized and curated international exhibitions on a wide variety of other topics in Russia, Europe, Asia, the Americas and the Middle East.

Alan Hart
Alan Hart is Chief Executive Officer of the Gemmological Association of Great Britain (Gem-A), the oldest established provider of Gemmological education in the world (1908). Alan is also a Scientific Associate at the Natural History Museum (former British Museum), London following on from 34 years as Principal Curator of Gems and Minerals and Head of Earth Science Collections. A highly networked, respected and passionate advocate for Earth Sciences, he has expertise in the development and growth of Museum and private collections and the role they play in both the scientific and artistic realm in how they are developed, benefit and inspire future generations of scientists and collectors. Alan has curated several world-renowned exhibitions including Diamonds and The Vault. As an expert in gems and minerals, Alan is a widely invited conference speaker and guest participant in several TV appearances on many aspects of Mineralogy, Gemmology and Jewellery. He also runs a celebrated Instagram account @alandhart, showcasing and describing some of the world’s most outstanding mineral specimens and their occurrences.

Daniel Trinchillo
Over the past 30 years, Daniel Trinchillo has been an internationally recognized purveyor and curator of fine minerals to museums and private collectors around the world. His interest in minerals began early at the age of 8 and has developed into his lifelong passion. Immersed in the world of mineral connoisseurship since his youth, he has been honing his eye for quality and beauty ever since. Daniel had already established himself in the mineral industry by the age of 19, travelling the world and familiarising himself with foreign mineral markets and mines. He has owned and operated mines around the world, including the Pederneira Mine in Brazil, the Paraiba Mine in Mozambique and the Eagles’ Nest Gold Mine in California. Willing to travel the globe at a moment’s notice, and able to forecast trends and recognize potential over time, Daniel has sourced and produced through direct mining, many of the best minerals ever brought to market.

Moderated by Fatema Ahmed
Fatema Ahmed is the deputy editor of Apollo. She writes about the arts and culture for the London Review of Books and Prospect, among other publications.